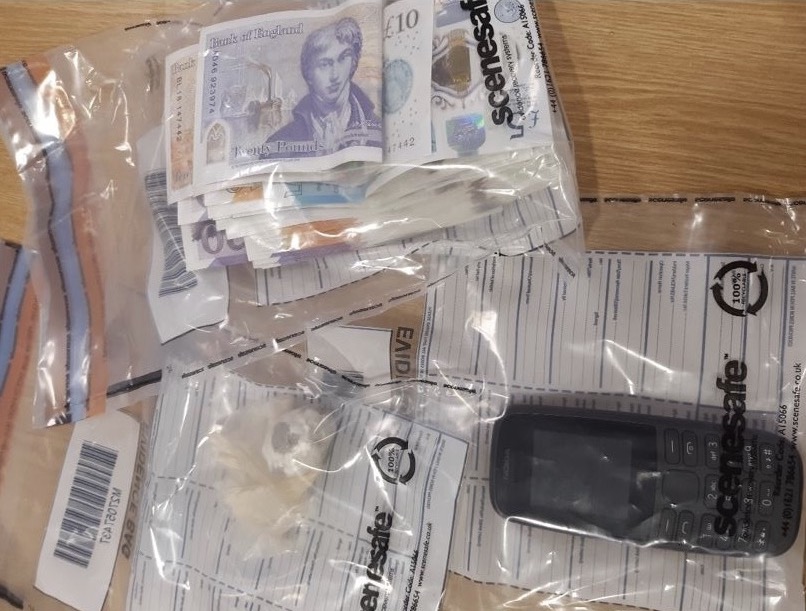 Two individuals have been arrested on suspicion of drug dealing after police found suspected Class A drugs, a significant quantity of money and a pay-as-you-go ‘burner phone.’

Police were alerted to alleged drug dealing taking place on Tuesday evening and three suspects were identified by officers.

The suspects ran off but police gave chase and they were detained on Church Street.

A spokesperson for North Flintshire Police said: “Officers on patrol in Connah’s Quay on Tuesday evening (17 May) were alerted by a member of the public to suspected drug dealing taking place nearby.”

“Three male suspects were identified and a foot chase ensued prior to them being detained and searched near Church Street.”

“Two of the males, aged 27 and 35, were found in possession of a significant quantity of cash along with brown and white wraps of unknown substances and burner-style phones.”

“Both were arrested on suspicion of possession with intent to supply Class A drugs and were subsequently released under investigation.”

If you have concerns about drug dealing in your area, information can be passed to North Wales Police direct via the web live chat http://www.north-wales.police.uk/contact/chat-support.aspx or by phoning 101