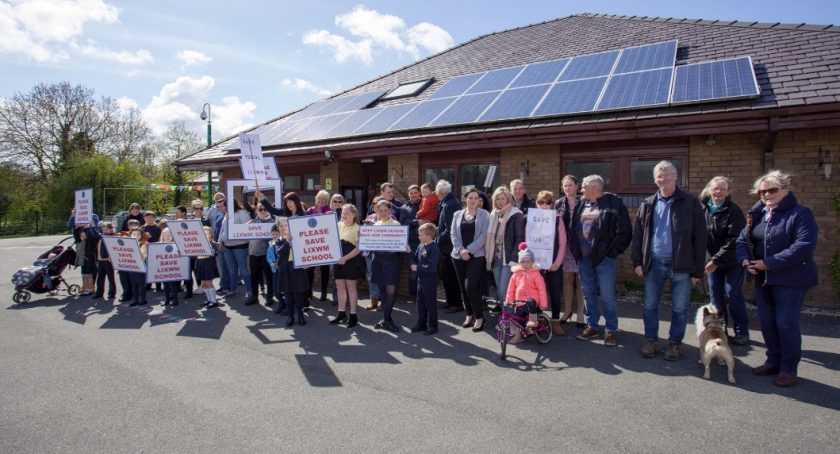 Two rural communities have been told to put their differences aside after a bitter row with the council over school closures.

Parents in the Flintshire villages of Brynford and Lixwm have been battling council plans that could have seen their schools amalgamated to form one new school.

Councillors at today’s Cabinet meeting agreed to withdraw the plans for one new school and instead work with the governors and parents on a proposal that would see a federated school on two sites, following a public consultation.

Colin Everett,  chief executive of the council, said the consultation process had seen tensions among the communities and he appealed for calm.

He said: “One thing we should recognise is that with regret the review has been an opportunity to talk openly which has created some community tensions. We needed to conduct a review. It is important to remind people from both communities that you are accountable for your own comments and relationships. We have a duty to repair that but everybody needs to be calm and show respect.

“We’re not responsible for things that have been said locally. And I would like to think that a partnership approach could resolve both education issues and the community tensions.”

Mr Everett added that the council had to consult on the school because of Welsh Government policy on small rural schools with low numbers but that the school at Lixwm was quite close to being full.

“One point that struck me from the people of Lixwm was that although we look at the surplus places trigger of 10 % actual numbers are marginal. It would only take several new families in a community to actually move the school to full capacity, we’re talking about a vacancy number of under 20,” he said.

Cabinet members agreed that the case for amalgamation had not been proven due to the small number of surplus places, possible future population growth and the fact a new school would not significantly increase capacity.

But it was felt the status quo could not continue and they would be asking the Welsh Government for more time and money to deal with the issue.

Treuddyn county councillor, Carolyn Thomas, said: “I know this has caused a lot of anxiety but it was triggered. Small schools are important to local communities so I think this is a good way forward for people to work together.”