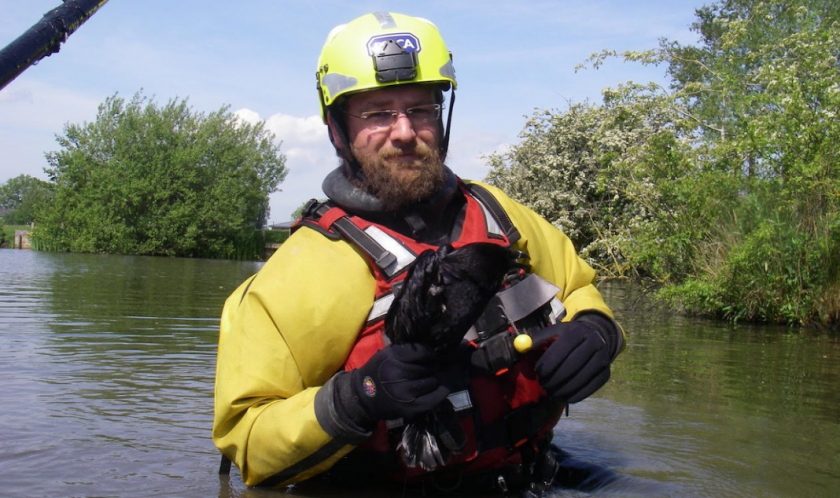 A crow is back in the wild after being rescued by the RSPCA from “dangerous” fishing litter in Buckley.

The animal welfare charity was contacted after the crow was spotted stuck in a tree on an island in the middle of the Higher Common Road area of the town.

Sadly, the crow’s wing was caught in the tree due to fishing line; highlighting the dangers discarded angling litter can pose to local wildlife.

The RSPCA says most anglers are “very responsible” – but that litter is not dealt with properly by some.

The RSPCA urges anglers to follow the Angling Trust’s Take 5 campaign and make use of the organisation’s fishing tackle recycling scheme to dispose of their old line.

RSPCA inspectors Mike Pugh and Andrew Broadbent headed to the scene to help the stricken bird, and waded through the pond in their dry suits and safety equipment to reach the island.

One officer controlled the bird with a pole net, while the other was able to cut the fishing line to release the crow from the branch. The initial rescue took place on 1 June. 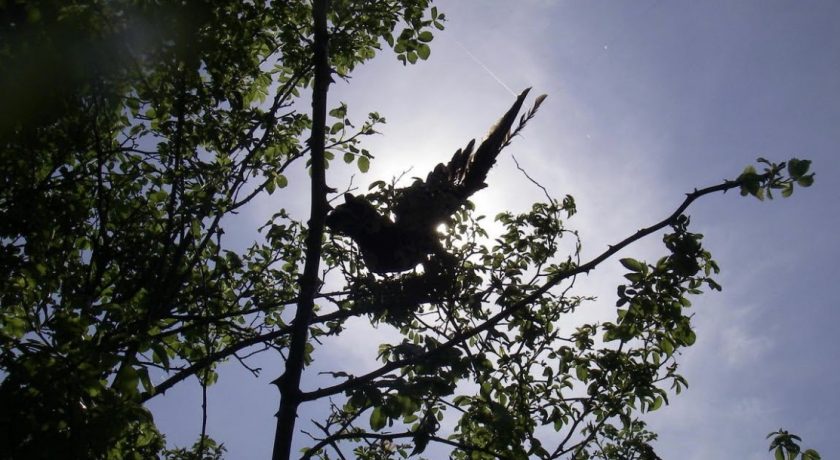 The bird was then transferred to the charity’s Stapeley Grange wildlife centre in Nantwich for a period of rehabilitation and care. Fortunately, the rescue was a success as – after a period of time in RSPCA care – the crow was returned back to the wild.

RSPCA inspector Mike Pugh said: “Sadly, this crow was the latest victim of dangerous, discarded fishing line; and was horribly trapped in this tree on a small island in a pond in Buckley.”

“My colleague and I waded through the deep sludge in the pond, and were able to contain the bird while snipping away at the fishing line.”

“The crow was transferred to our specialist wildlife centre in Nantwich, and I am delighted that after a period in rehabilitation, the crow is safely back in the wild. Rescuing, rehabilitating and releasing stricken wildlife is such a big part of our work.”

“Fortunately, we know most anglers are very responsible, but this incident could have been avoided had this fishing line been disposed of properly and not been left as a hazard for wild birds.”

“We urge anglers to follow the Angling Trust’s Take 5 campaign and to always encourage responsible behaviour, by protecting the environment and reducing risks for wildlife by disposing of waste properly.”