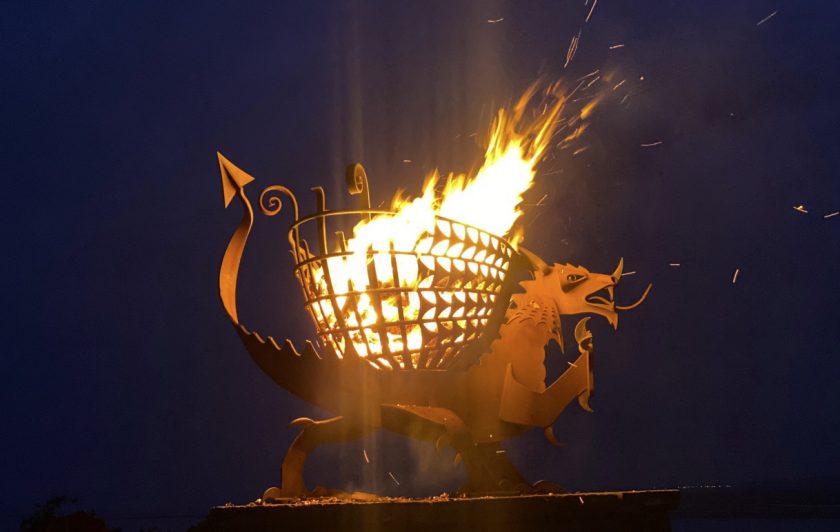 Good crowd to see the dragon lit despite the rain and could see the beacons in Flint and Greenfield as well as on the other side of the Dee Estuary.#PlatinumJubilee pic.twitter.com/Ee9NcmRJAI ‌﻿​﻿‌﻿‌﻿‌﻿​﻿‌﻿‌﻿‍﻿‌﻿​﻿‌﻿‌﻿‌﻿​﻿‌﻿​﻿‍﻿‌﻿​﻿‌﻿‌﻿‌﻿​﻿‌﻿​

The principal beacon lighting took place in a special ceremony at Buckingham Palace this evening.