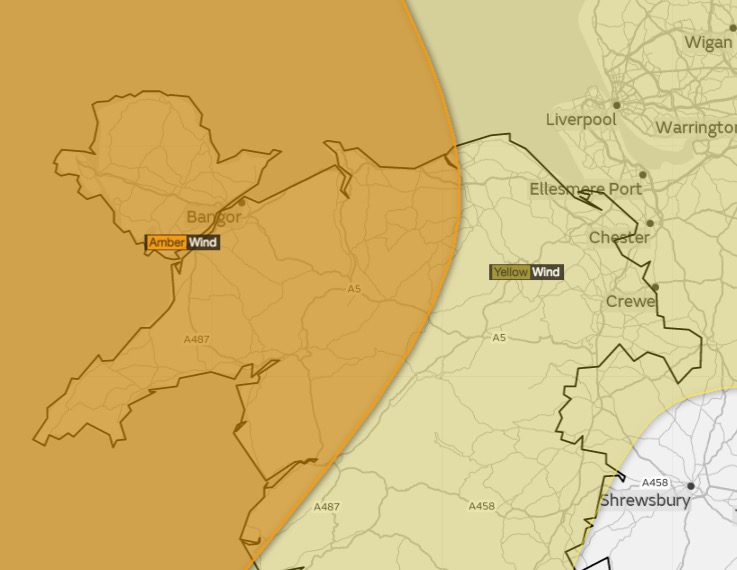 The Met Office has issued an AMBER wind warning for parts of North Wales.

The warning comes as very strong winds from the tail end of ‘ex-Hurricane Ophelia’ are expected to hit large parts of the country this afternoon.

Yellow and amber warning are now in place in North Wales from 12pm to 11pm.

The amber alert doesn’t apply to Flintshire, it reaches as far as Rhyl.

“Longer journey times and cancellations are likely, as road, rail, air and ferry services may be affected as well as some bridge closures.

There is a good chance that power cuts may occur, with the potential to affect other services, such as mobile phone coverage.

Flying debris is likely, such as tiles blown from roofs, as well as large waves around coastal districts with beach material being thrown onto coastal roads, sea fronts and properties.

This leads to the potential for injuries and danger to life.”

Wind gusts of over 50mph are forecast in Flintshire this afternoon with a yellow weather warning from the Met Office covering the county.

Train passengers have been warned to expect delays due to strong winds.

Passengers are advised to check the Arriva Trains Wales website before travelling.