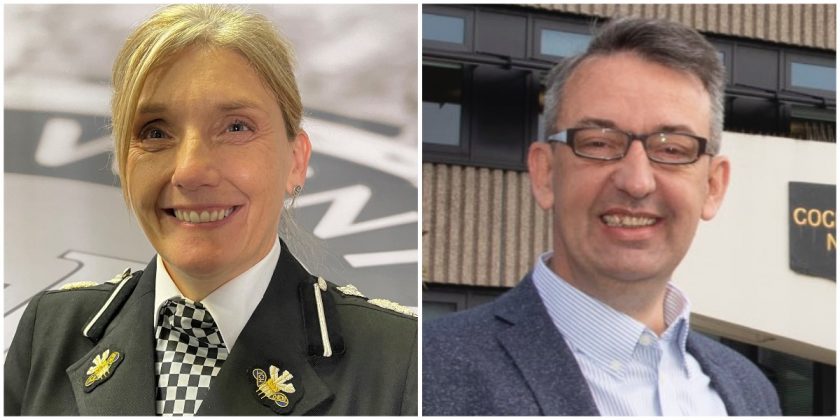 Amanda Blakeman is set to become the first ever female Chief Constable of North Wales Police with a remit to increase the force’s “visibility and improve performance.”

Her appointment is subject to confirmation by the North Wales Police and Crime Panel, which will take place in September.

Police and Crime Panels are scrutiny bodies of local representatives that maintain a regular check and balance on the performance of the Commissioner.

The Commissioner is required to consult with the Panel on plans and budget for policing, levels of council tax and the appointment of a new Chief Constable.

Mr Dunbobbin has informed the Police and Crime Panel about his preferred choice following a rigorous and competitive interview process against a very strong field of candidates.

Amanda Blakeman joined West Mercia Police in 1992 and throughout her career has held various posts.

She spent the first 11 years of her service gaining an invaluable amount of experience and knowledge across a variety of roles as a police constable.

In 2003 she was promoted to sergeant and, since then, across a number of ranks, has led teams in delivering critical services to communities.

She has held the responsibility for intelligence and proactive functions and has been a Senior Investigating Officer as part of the Force Serious and Organised Crime Unit.

In 2008, seconded to the West Midlands Regional Intelligence Unit, she led the development of the critical processes around identifying and disrupting Organised Crime Groups.

In addition, she has led the delivery of policing operations on a local level as a Local Policing Area Commander.

She has also held the roles of Head of Public Protection and Head of Operational Support for West Mercia Police and Warwickshire Police.

Amanda has a Bachelor’s degree in Science with Honours in Crime and Criminology.

Amanda Blakeman said: “I am honoured and delighted to have been chosen as the preferred candidate to serve the people of North Wales.

“I look forward to meeting the Police and Crime Panel at my confirmation hearing and, subject to their approval of my appointment, I very much look forward to leading the dedicated and hard-working officers and staff of North Wales Police.”

“It matters to us, our family, our friends and our communities across North Wales. We all want to feel safe, secure and supported if we ever witness, or become victim, to crime. The incoming Chief Constable knows of my view and that they have my full support to tackle all operational issues head on. I look forward to seeing the revised North Wales Police delivery plan, to complement my strategic Police and Crime Plan.”

“Appointing a Chief Constable is one of the most important decisions I will make whilst in office. Keeping nearly 700,000 people safe is a massive privilege and huge responsibility, especially when I see us all as a family of North Walians. And like most families, we may have differing of opinions at times, but more often than not a compromise can be made – with the majority of us getting a better understanding of each other, so we are able to move forward.

“Amanda Blakeman will be responsible for preventing and tackling crime to ensure North Wales is a safe and secure place for people to live and work. She is an outstanding police leader and I look forward to working in a constructive and positive manner.

“Carl Foulkes has been an excellent Chief Constable and will continue to lead the force towards his retirement. Carl has modernised the force and had to grapple with the huge challenges that the pandemic brought upon us and the ever-changing threats to public safety.”

The job was advertised after Carl Foulkes announced his retirement following four years as Chief Constable.