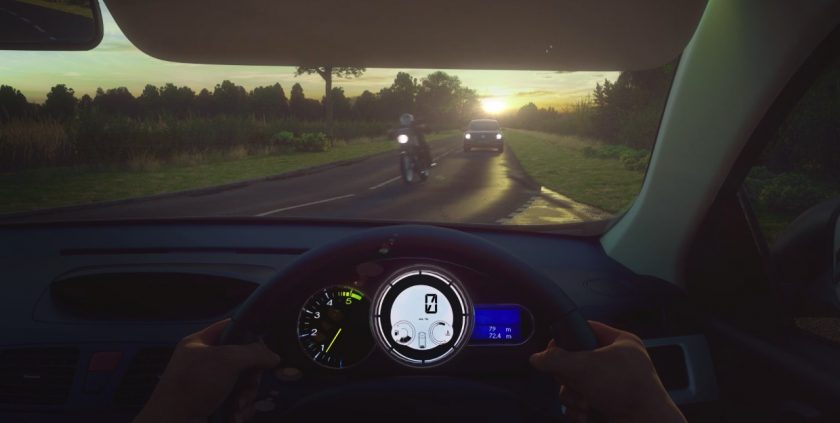 Thought-provoking new videos are being launched to encourage learner drivers to be more aware of motorcyclists.

The Driver and Vehicle Standards Agency (DVSA) has made the realistic computer-generated (CGI) videos to encourage learner drivers to be more aware of motorcyclists.

They’ve been made with the help of road safety campaigner and keen biker Ria Brisland.

The videos will become part of DVSA’s official learning materials and education products.

They will help to improve the safety of motorcyclists, by encouraging learner drivers to be more aware of them when driving.

The videos will not be part of the theory test.

Ria’s 19-year-old son, Nick, died in April 2015 after being involved in a collision with a car while riding his motorcycle.

“Getting everyone to be aware of their fellow road users at all times is essential if we are to prevent collisions and the devastating consequences they can have on families.

These new clips are thought-provoking and will make a difference to the way people look for bikers. They may prove the difference between life and death.”

Latest data published by the Welsh Government shows the total number of motorcyclist casualties on Welsh roads declined in 2016, when compared to 2015 figures (12 per cent decrease).

Although motorcyclists accounted for just 0.7 per cent of traffic in Wales in 2016, they represent a far higher share of killed or seriously injured motor vehicle drivers (41 per cent).

The vast majority of motorcyclist casualties on Welsh roads in 2016 occurred in fine weather conditions.