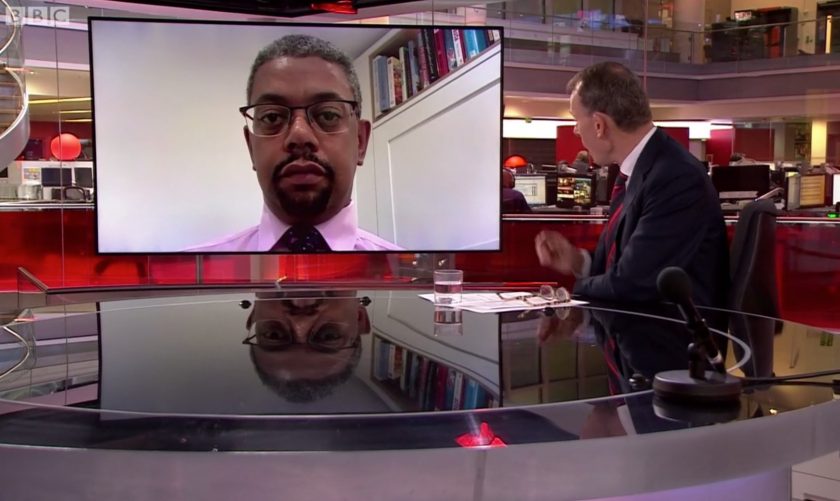 First minister Mark Drakeford posted an update on social media on Saturday stating he will review “how the weekend has gone with the supermarkets” and make sure that “common sense is applied.”

Supermarkets in Wales have been banned from selling ‘non-essential’ items during the two-week firebreak lockdown which began at 6pm on Friday.

The first minister said the ban was to create a “level the playing field with small and high street stores” and to stop people lingering in supermarket aisles.

The move has brought fierce criticism from both opposition politicians and the public alike, an online petition against it has passed 50,000 signatures in just one day.

Mark Drakeford’s tweets last night were interpreted by many as a U-Turn on the policy was incoming.

This morning, health minister Vaughan Gething clarified the government’s position and it looks like the ban is here to stay.

He told the BBC’s Andrew Marr they will review the “clarity” around the policy with supermarkets.

A Conservative MS raised the matter of supermarkets selling clothing and hardware during the previous lockdown and said it felt ‘very wrong.’

“Businesses such as Asda, Morrisons, Tesco, were selling those items of clothing and hardware, and it felt very wrong and disproportionate to the small businesses.

Mark Drakeford said: “I think in the first set of restrictions people were reasonably understanding of the fact that supermarkets didn’t close all the things that they may have needed to.

“I don’t think people will be as understanding this time, and we will be making it clear to supermarkets they are only able to open those parts of their business that provide essential goods to people – and that will not include some of the things that Russell George has mentioned that other people are prevented from selling.”

“So we will make sure that there is a more level playing field in those next two weeks.”

Mr Russell has since distanced himself from the move, he tweeted: “I don’t support the Welsh Government’s approach to banning non-essential sales in Welsh shops, I’m the one that got the FM to admit his plans! Retail should be open, the National lockdown is the wrong approach.”

Vaughan Gething told Andrew Marr this morning: “We’re reviewing with supermarkets the understanding and clarity of (non-essentail items) policy because there’s been different application in different parts (of Wales).”

“What we all need to do take a step back on and to remember why the fire break has been introduced and recognise it is hard for lots of people.”

“It was only on Thursday that the Welsh Conservative Shadow Economy Minister asked for this sort of policy.”

“He [Russell George MS] said it would be unfair to smaller retailers who can’t sell these items if it’s their only area of business.”

“We’ll talk to them [supermarkets] again on Monday so everyone understands the position, to have some clarity.”

“To have an effective fire break we do need to reduce opportunity people to go out and mix.”

“That’s why we have this clarity on what’s essential and what’s not.”

“Almost all of these retailers have an online offering as well …. online retail is permissible as doesn’t involve mixing.”

We’ll be reviewing how the weekend has gone with the supermarkets and making sure that common sense is applied. Supermarkets can sell anything that can be sold in any other type of shop that isn’t required to close. In the meantime, please only leave home if you need to.

Speaking to BBC Radio Wales’ Sunday Supplement this morning, Deputy Minister for Economy & Transport Lee Waters said the move the ban supermarkets from selling non-essential items has “certainly gone down badly with many many people, that’s for sure.”

“The distinction between essential and non-essential was one that was there in the first lockdown.”

“I guess the difference is in the first lockdown the supermarkets, largely ignored it, and small shops were forced to close, selling non-essential goods and the supermarkets, carried on as normal doing the minimum.”

Mr Waters said, “The real reason we’re doing is we are on the foothills of a second peak and it’s spreading like billyo.”

“We needed to put in place a short, sharp intervention to minimise the number of people who are going out to stop the disease spreading.”

“We don’t want people browsing the aisles, we want people going into the shops for the minimum time possible and getting out again and that’s what this is for.”

”You should be able to in all of those things because those things are available in sectors we’re not asking him to close.”

”So newsagents, for example, are allowed to stay open, the things that s newsagent sells, supermarkets should be allowed to sell.”

”That’s what the first minister said on Twitter last night, we’re going to sit down with the supermarkets, to review how this has gone over the weekend.”

”We’re not going to review the requirement for supermarkets not to sell non-essential, we are going review how it’s working in practice because clearly there are some bumps.”

Asked if he thinks the move will drive sales to online retailers Mr Waters said: “The trend [to buy] online has been intensifying for some time, the main focus here is how do we keep people indoors for as much as possible.”

“Shopping online, there are all sorts of arguments about the fairness and the taxation of that.”

“But in terms of the public health situation, which is our priority here, it avoids people going out and mixing.”

“We know from the track and trace data that the number of people who’ve been coming into contact with each other has been rising significantly and that is leading to a higher number of cases.”

“We had Public Health Wales probably twice this week breaking their pandemic record, we have 1300 new cases yesterday [Saturday].”

“A month ago, 12 people a week were dying, this week, 61 people have died, and we expect that to go up as those new cases translate into hospitalisations and deaths.”

“We have got to put a stop to this before it gets out of hand.”

Mr Waters added: “This is not the last lockdown we are likely to see. The projections we published in a worst case scenario show it’s likely we are going to need another firebreak in January or February.”

The Leader of the Conservatives in the Welsh Parliament, Paul Davies MS, said he has written to the Presiding Officer calling for the parliament to be recalled to discuss the decision to ban the selling of “non-essential.”

Currently, Members of the Welsh Parliament are in the October half-term recess.

Mr Davies said: “It is madness that people have been banned from buying books, bins and baby clothes in local shops. The Welsh Labour-led Government may not think these items are essential, but many will beg to differ.”

Mr Davies added, “It’s a clear sign to Labour Ministers that people want this rule scrapped immediately and the Welsh Parliament must meet to resolve this matter as soon as possible.”