UPDATED: Large fire which could be seen from Deeside breaks out at Stanlow oil refinery

17:50: Cheshire Fire Service and Stanlow Oil Refinery have both issued statements about the fire at the Ellesmere Port site this afternoon which has been brought under control and is now out.

‘Shortly after 2pm today emergency services received reports of a fire within the SHOP chemical plant at the Stanlow site in Ellesmere Port.

Crews from Cheshire Fire and Rescue Service along with onsite firefighters from Essar quickly brought the fire under control and it was fully extinguished within three hours.

The fire caused a large plume of smoke above the site, which has now dispersed. Fire crews remain at the site.

The incident was confined to the manufacturing area of the site and did not affect the refinery.  All staff within the affected area were evacuated as a precaution and there were no reports of any injuries.’

Inspector Richard Reeves from Cheshire Police said: “We understand that this incident may have caused alarm to the local community and we would like to reassure people that it has not affected the wider area and there are not believed to be any risks to the public.”

“Earlier this afternoon a fire occurred at the SHOP chemical plant, close to the Manchester Ship Canal.

“Both Stanlow’s own site Emergency Services Team and the Cheshire County Fire Service attended to deal with the incident.  All personnel on the SHOP unit were quickly accounted for.  The fire has now been extinguished.

“Operations and production of fuels and other products from Stanlow Refinery have not been affected.

“All supplies to customers are normal.”

Previous Report: A large fire which was visible for miles around broke out at Stanlow Oil Refinery this afternoon.

Cheshire Fire Service said it sent six fire crews to the scene of the blaze at oil refinery site in Ellesmere Port.

Cheshire fire crews have been working with onsite firefighters to extinguish the fire which is believed to be in a manufacturing building within the plant.

We appear to have caught the #Stanlow #Explosion on our CCTV! pic.twitter.com/ndMdViseD2

Firefighters have been called to reports of a fire at Stanlow Oil Refinery in Oil Site Road, Ellesmere Port.

All staff have been accounted for and have been evacuated.

Crews are working with onsite firefighters to extinguish the fire which is believed to be in a manufacturing building within the plant.

Fire crews are using a ground monitor and a handheld monitor to extinguish pockets of fire.

Crews are liaising with the Environment Agency and are managing the water being used at the scene.”

Owners of the site Essar have issued a statement:

“Earlier this afternoon a fire occurred at the SHOP chemical plant.

Both the site emergency services and Cheshire Fire and Rescue Service are in attendance to deal with the incident.
All personnel have been accounted for. Refinery operations at Stanlow remain unaffected.” 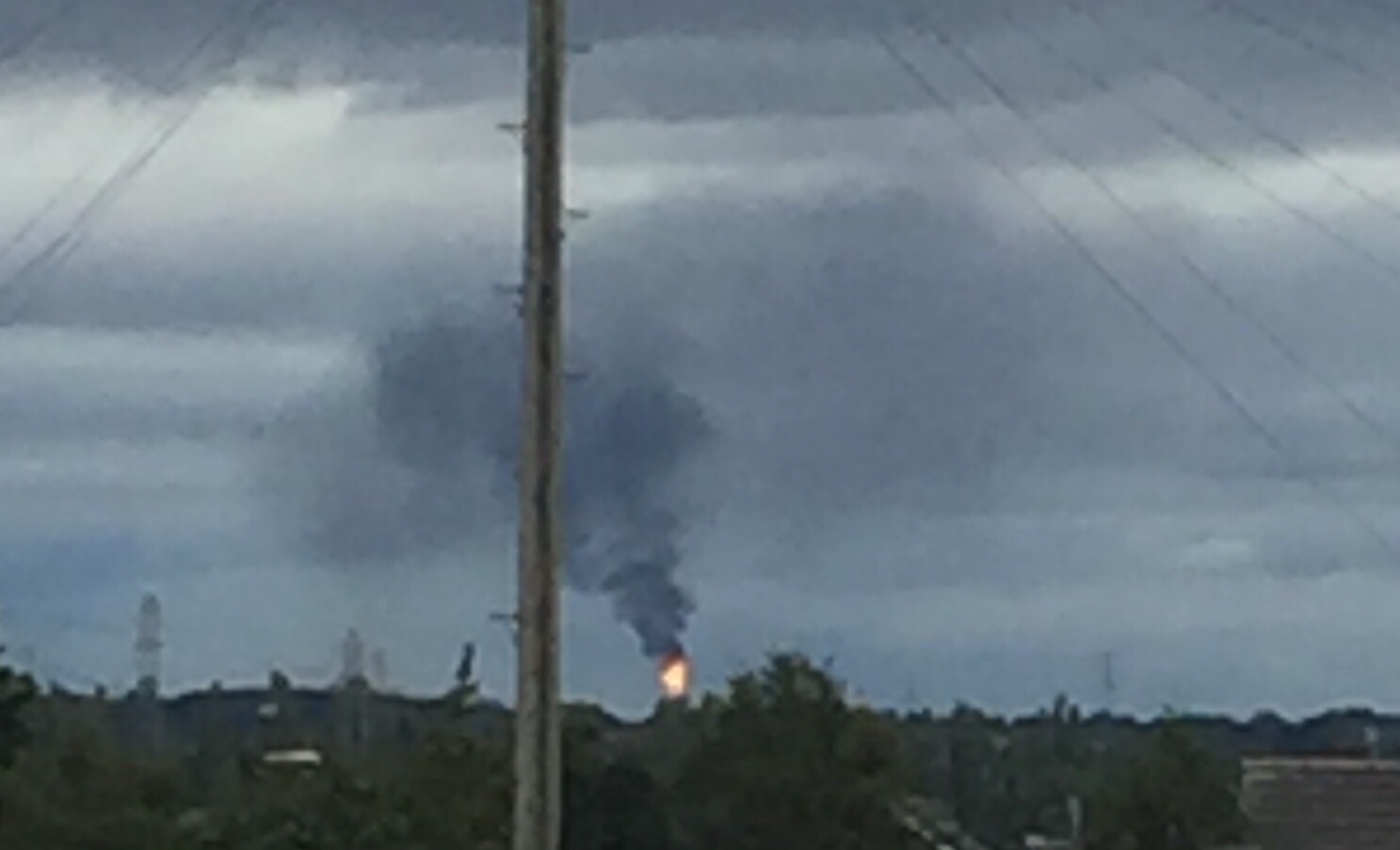