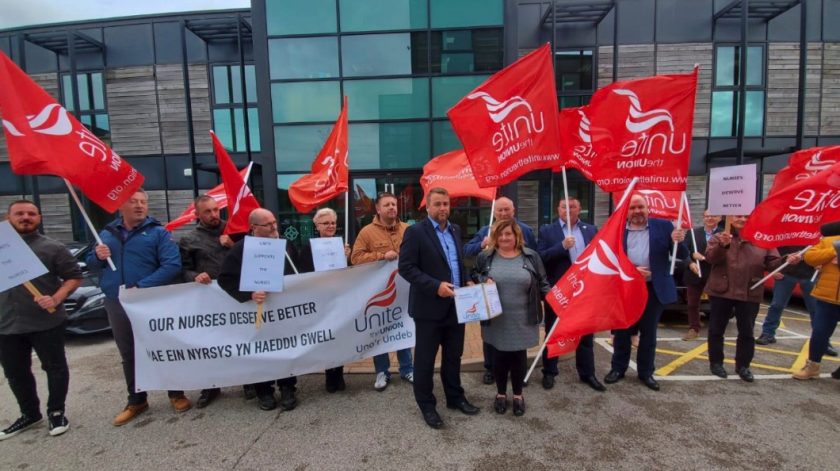 A petition signed by thousands of people calling for Betsi Cadwaladr University Health Board (BCUHB) to scrap changes to a nurse’s rotas has been handed into officials.

A new roster system is being introduced for nurses in North Wales which, it is claimed, could result in staff working an extra unpaid shift each month.

However, employees say the proposals suggested by external consultants PricewaterhouseCoopers would mean a nurse currently working 12 and a half hours will now be unpaid for an hour of their time.

The move is expected to affect thousands of nurses and health care support workers in secondary care across the region, who would need to work extra hours to make up for the loss of some of their paid breaks.

Unite has led a campaign opposing the proposed changes to the rosters of BCUHB Nurses, Healthcare Support Workers and Operating Department Practitioners.

“Unite has seen an enormous groundswell of public opinion opposing the Health Boards draconian changes to its hard working employees rosters. This support is clearly reflected in the fact that our petition opposing the changes has now attracted over 3,500 signatures.

If Betsi Cadwaladr want to retain the support of both its employees and the general public then it needs to change course and shelve its proposals. Failure to do so will see a further erosion of confidence in BCUHB, which is in the interests of no one”.