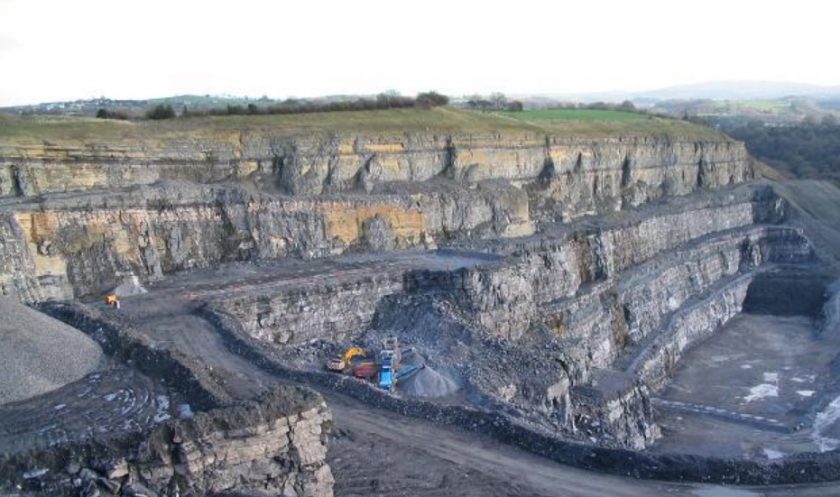 A building materials giant has launched a bid to expand a limestone quarry which has supplied several major construction projects to extend its working life by 35 years.

Hendre Quarry, near the village of Rhydymwyn in Flintshire, is seen as a key strategic site by owners Tarmac, who currently have permission to run it until December 2030.

The 55.9 hectare quarry has supplied limestone for a number of important infrastructure schemes across North Wales and parts of England over the years.

They include works at Chester Zoo, Liverpool FC’s Anfield Stadium, the Mersey Gateway Crossing and the M6 Smart Motorway. 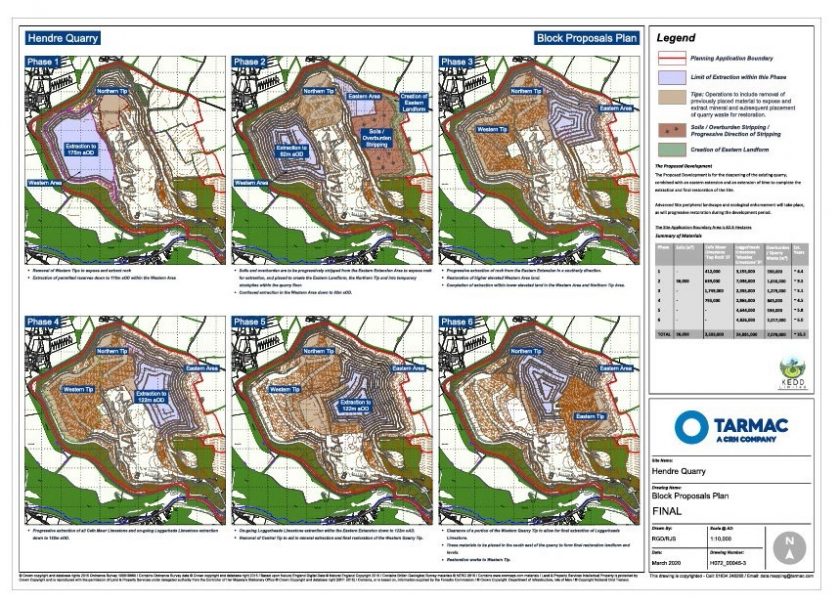 The company now wants to make the quarry larger by creating a 6.7 hectare extension to the eastern section of the land.

It said it would extend operations at the site until 2055, protecting 17 full-time jobs and more than 50 people indirectly employed in technical and haulage roles.

In documents made available to local residents as part of an online consultation, representatives for Tarmac said: “Flintshire County Council has identified Hendre Quarry in its emerging draft Flintshire Local Development Plan (LDP) for 2015 – 2030 as crucial to contributing towards a sustainable supply of crushed limestone for the region.

“The council is therefore proposing to allocate an extension to the quarry in the plan to fulfil this projected demand.

“Given the economic importance attached to the extension by Flintshire County Council, and the need to continue supplying local and regional markets with crushed aggregate products, Tarmac intends to submit a planning application for an eastern extension to the quarry, outside of the existing area.

“This application forms part of an overall consolidation scheme which responds to the identified demand outlined by the council and will extend the lifespan of the quarry by 35 years, in doing so supporting the long-term prosperity of the area.”

The site has been used for the extraction of limestone since the beginning of the 20th century, but the arrangement was not formalised via the planning system until 1948.

The rock is extracted using explosives – a process the company said it would continue to monitor to minimise disruption to neighbours.

While the application will increase the overall size of the quarry and extend its working life, Tarmac said it will not change the number of vehicles going to and from the site or the operational hours.

Residents are being encouraged to have their say by visiting the firm’s website.

A company spokesperson said: “We had hoped to host a face-to-face exhibition at Rhydymwyn FC, but in these unprecedented circumstances are unable to do so given the current restrictions.

“We have therefore created a purpose-built virtual exhibition which provides you with all of the same details about the proposals, and the same opportunity to provide your feedback.

“Please read the information on the exhibition boards and provide us with your feedback by completing our online form which you can access on our website, or via a link on the final exhibition board.”

The landscape and ecology of the quarry is expected to be restored once work at the site is finished.

The documents can be accessed by visiting http://tarmac-hendre.virtualexhibition.info

Feedback can be left at any time until Sunday, 13 September after which a formal planning application will be submitted to Flintshire Council.