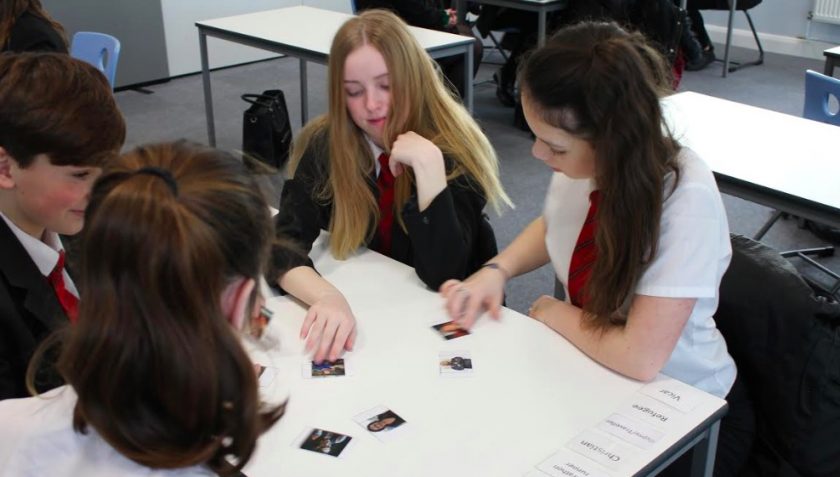 Students at Holywell high school participated in a workshop about racism which is designed to educate young people about misconceptions, stereotypes and negative attitudes in society.

Working in groups, the students were shown presentations and videos followed by a question and answer session.

The workshops informed students about what racism is and the language and origins of racism.

Students also explored the possible effects of racist comments or language used and considered relationships within their own school environment, as well as learning about the laws surrounding racism, how to respond to any racist incident and who to report any issues to.

A similar session was also held for Ysgol Treffynnon and Ysgol Maes Y Felin staff at the end of the school day, giving them an opportunity to discuss different scenarios that might arise and how to deal with them. 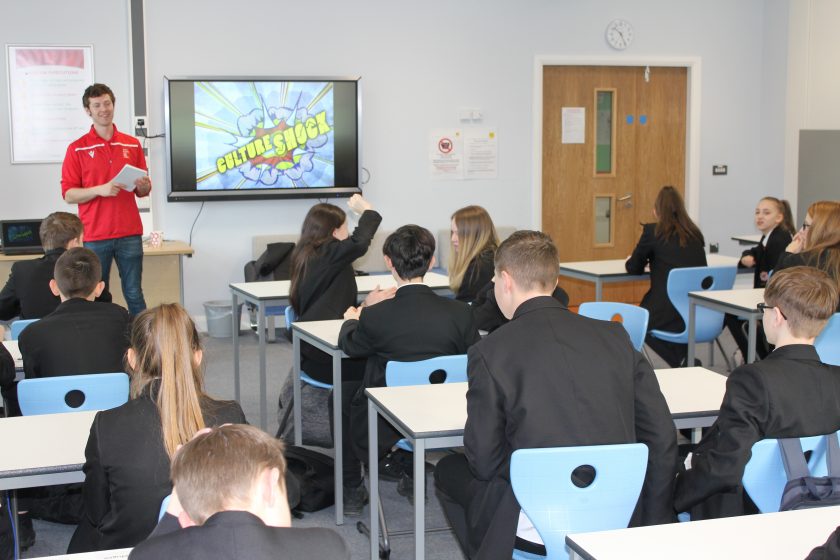 Rob Chesters, lead teacher for care, support and guidance at Ysgol Treffynnon, coordinated the event.  He said: “The workshops were extremely beneficial and informative for both staff and students alike.

It was good to get an insight into the origins of certain words that can be used in racist remarks, and helpful to find that our processes and policies in dealing with any potential situations are in line with the charity’s guidance.

“It was a very successful day and Show Racism The Red Card provides a fantastic opportunity to upskill all staff in this very delicate but important subject.”

Feedback from students showed that they had enjoyed the session and found them informative.

Show Racism The Red Card was founded in 1996 partly with a donation from Shaka Hislop, the then Newcastle United goalkeeper.

Shaka was at a petrol station near St James’ Park when he was confronted with a group of young people shouting racist abuse at him.

After one of the group realised who they had been shouting at, they came over to ask for an autograph.

It was from this experience that Shaka realised he could harness his status as a professional player to make a difference. Coupled with the power of football and his status as a role model, Shaka thought education could be an effective strategy in challenging racism in society.

At the charity’s first ever event, Shaka and fellow teammate, John Beresford, visited a high school  in the North East to speak to pupils about his experiences in football and society, and that was where it all started.

The charity continues to utilise the high-profile status of football and football players to help tackle racism in society and has also expanded into other sports.