Schools re-open across Flintshire for the first time since March 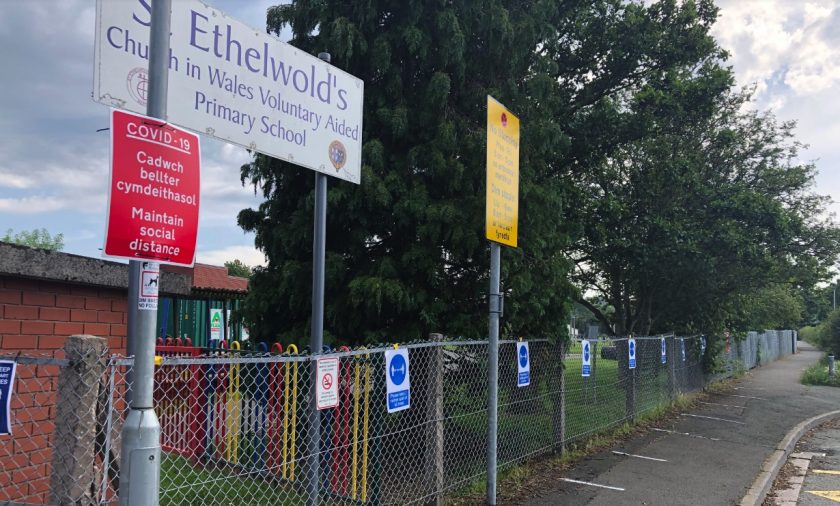 Pupils across Flintshire will begin returning to school in for the first time in over three months.

Many schools across the county have either been fully or partially closed since the outbreak started in March, but 22 hubs have kept running for vulnerable and key workers’ children.

Wales is the only nation in the UK where children can return to school before the summer holidays, but only a limited numbers will be allowed back at any one time over the next three week.

Flintshire schools have been busy preparing for today the safety and wellbeing of pupils at the top of their list.

Social distancing signs, hand sanitising stations and one-way systems are among some of the measures pupils will see on their return today as schools adjust to the ‘new normal’ brought on by the pandemic.

Education minister Kirsty Williams announced earlier this month that the school summer term would be extended by a week to 27 July, and the autumn half-term holiday extended to two weeks.

The Welsh Government and unions have not been able to reach “a common position” on the proposal to extend the summer term by one week.

Flintshire Council said: “We would have hoped to have seen these issues resolved but in the absence of a national agreement, the Council has had to make a decision to be able to give schools sufficient time to plan properly.

There would be no guarantee that schools would have sufficient staff available to deliver the fourth week safely on voluntary basis as staff are not contractually obliged to work in the holidays. The Council has a duty to ensure the safety of its pupils and staff first and foremost.

This decision is fully supported by the Flintshire Headteacher Federations.”

Schools will not be operating full time provision for all pupils during the three week period and neither will this be a return to the teaching of the full curriculum.

Pupils at the Alun School will be kept in “bubble groups” on their return.

Markings and arrows similar to those in shops have been put in place to maintain a one-way system on the corridors to encourage social distancing .

Reduced opening times will initially be observed between 9am and 12pm as plans to manage break times are not yet in place and only a quarter of each year group will be in school at any one time.

Jane Cooper, headteacher at the secondary school, said the focus would be on personal and social education.

She said: “It’s about reassuring them about anxiety that coronavirus may have cause them and giving them a chance to see their friends and to talk to their teachers.

“(They can) discuss what they’ve been doing in their distance learning and how they got on, what’s gone well, what hasn’t gone well and what can we do to help.

“Each group tutor has split the class into groups where we’ve tried to keep friendships together so that when they come in, they’re working with the form group who they are with a lot of the time and the people that they’re friendly with.

“We’re trying to provide that reassurance and address any anxieties so that they don’t spend the summer holidays worrying about what it’s going to be like to go back.”