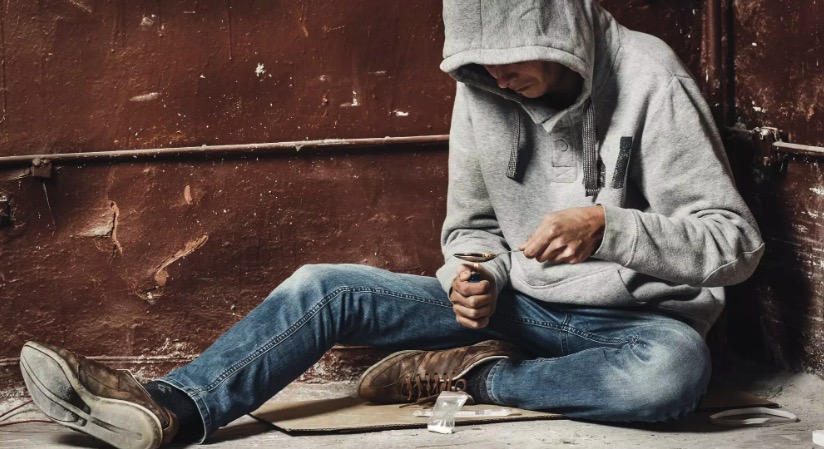 North Wales has failed to escape a rising trend of crack cocaine addiction, according to new figures released by the Betsi Cadwaladr health board.

Crack – cocaine processed into a rock or lump form – can be smoked or mixed with liquid to be injected, with the “highly addictive” drug known to be as cheap to buy as £5 per rock.

The latest substance misuse treatment data also showed a 19% increase in the number of English adults starting treatment for crack cocaine (with and without opiates) between 2015/16 and 2017/18.

A freedom of information request to the Betsi Cadwaladr Health Board (BCUHB) found that the number of patients receiving treatment for crack addiction has also shown a general increase over recent years.

While the number of patients treated by BCHUB for crack cocaine use was 15 in 2016, in the space of just a year this increased to 24, falling only slightly to 23 in 2018.

The youngest patient undergoing treatment in 2018 was just 18, while on the other end of the scale, the oldest was 69.

Known as “crack” due to its cracking or popping sound when heated, it often leaves users craving another hit due to the short-lasting but intense highs.

But overdose can cause death from respiratory or heart failure, with chronic use often leading to extreme anxiety, paranoia and hallucinations.

Possession carries a prison sentence of up to seven years, with crack also known as one of the most difficult drugs to “detoxify” from.

The rise in crack use, the Public Health England investigation found, is likely to be caused by increased availability, linked to a surge in global production of cocaine, which means its now more affordable to buy.

This has been coupled with “aggressive marketing” by dealers, changes in attitudes and stigma associated with crack use, and a reduced focus by police on drug dealing.

North Wales Police has long been involved in trying to clamp down on supply, with the National Crime Agency estimating that 100 county lines drugs networks were operating in Wales.

Only last month, over 300 officers took part in dawn raids on 24 properties across Flintshire, Conwy, and Anglesey, as well as in Liverpool and Scotland.

“Distribution of controlled drugs will not be tolerated and we will continue to take positive robust action,” said Superintendent Mark Pierce of North Wales Police.

“However we can’t tackle this alone and key to all our work is intelligence.”

A spokesperson for the Betsi Cadwaladr University Health board said: “We provide a multidisciplinary substance misuse service offering a range of treatments to people experiencing alcohol and illicit drug problems.

“A range of treatment interventions are available depending on the needs identified by the individual.

“A range of community based harm reduction interventions are also provided.”