Work on the so-called ‘Red Route’ a £250m project which aims to ease congestion along the A55, A494 and A548 ‘Flintshire Corridor’ could begin within three years.

Mr Skates has also said a public inquiry is “likely” to take place prior to the scheme starting.

London headquartered Corderoy – which has an office in North Wales – along with Capita will ‘assist’ the Welsh Government to manage the delivery of the Red Route project.

Over the summer they will prepare a procurement strategy to deliver the next phase of the scheme, which will allow design consultants to be procured in the Autumn.

A preliminary design will then be prepared in consultation with stakeholders, which will consider environmental and engineering issues.

Ken Skates said: “I’m pleased today to announce further progress in the development of the Flintshire Corridor with the appointment of the technical advisors Corderoy.

“This is a scheme which is of critical importance to North Wales.  It will relieve congestion in the area, improve access to the Deeside Enterprise Zone, and allow the economy to grow and prosper.

Today’s announcement shows we are continuing to progress the scheme, and I look forward to further developments, with the appointment of design consultants later this year.

The ‘Red Route’ is a huge development in North East Wales and will serve to protect the regional economy.

Today’s announcement demonstrates our on-going commitment to it, and to improving transport infrastructure across the region.”

Construction could begin in late 2022 / early 2023 subject to completing the statutory process, which is likely to include a public local inquiry.”

The Red Route will see new 13km two-lane dual carriageway, linking the A55-A5119 Northop Junction (Junction 33) with the A494 and A550 north of Deeside Parkway Junction, via Kelsterton Interchange and the Flintshire Bridge.

The Red Route was chosen ahead of an alternative ‘Blue Route’ – which would have seen improvements along the A494 Aston Hill and the Ewloe interchange with the A55 – following a 12-week consultation in 2017.

A petition signed by around 1500 people urging Welsh Government to stop plans for the new dual carriageway which will run through “ancient woodland” went before a committee at the National Assembly in Cardiff in June.

The petition has been supported by environmentalists such as TV presenter Iolo Williams, the North Wales Wildlife Trust and the Woodland Trust.

It called on Welsh Government to withdraw its support for the Red Route on the grounds that the construction of the new road through ancient woodland, and across agricultural land, “contradicts Planning Policy Wales and the Well-being of Future Generations Act.”

“We were deeply unhappy with the consultation, the outcome of which was used to justify the choice of the Red Route.

The consultation was presented as a straight choice between the Red Route and the Blue route (the upgrading of Aston Hill), and ignored other less expensive yet viable options for dealing with the traffic problems here in North East Wales. 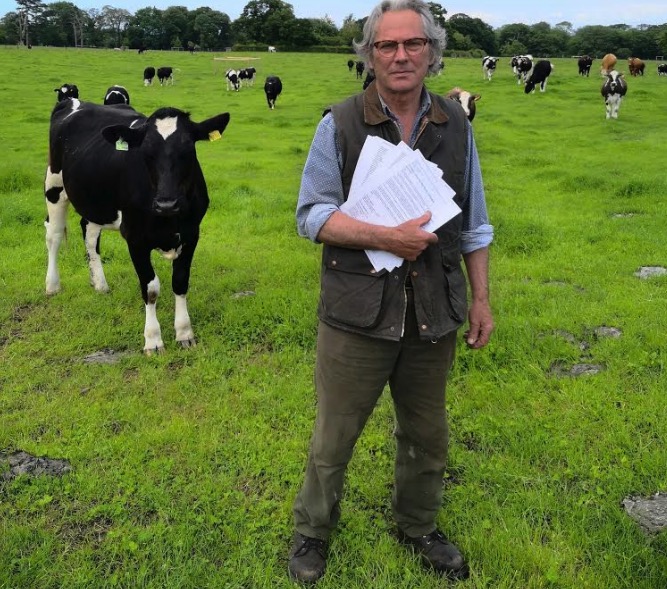 We are also unhappy that the outcome of the consultation was biased by its focus on Deeside, despite the fact that the Red Route will seriously impact residents of Northop, Flint and Flint Mountain.

The fact that the petition has received nearly 1,500 signatures shows that local residents share our concern.

By petitioning the Assembly we are hoping that the petitions committee will persuade the Assembly to support our call for the decision to be reconsidered.”

The petitions committee has agreed to look at the issue in more detail in the autumn.