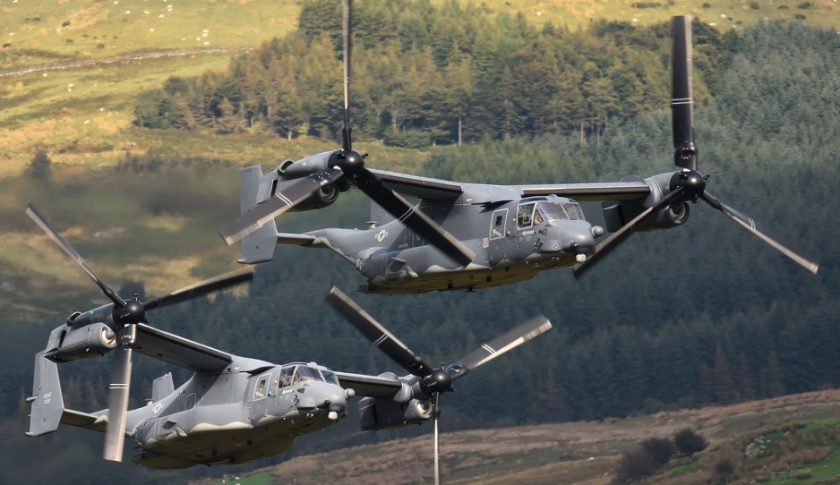 They were spotted flying low over Penyffordd, Halkyn, Flint and Bagillt before looping over the Dee Estuary and back over Ewloe and Buckley. 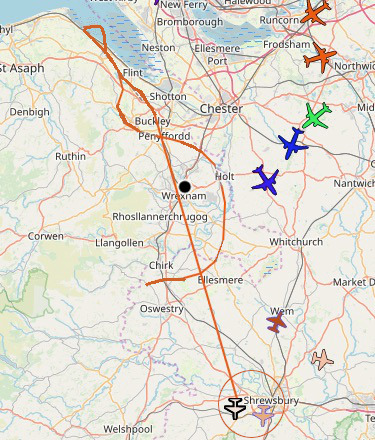 Carolyn said she spotted the pair “up here over the mountain in Halkyn running in line with A55 then turned and headed back towards Hawarden.”

David told us they “flew right over Northop Hall, a great view from my orchard!!”

Anwen said, “Oh that’s what the noise was…… thought it was tractor and trailer.”

They then flew from Flintshire, over towards Wrexham before heading South.

Flew over the back of our house in Buckley. 👍🏻 pic.twitter.com/G3bBd0XVxS

It is designed to combine the functionality of a conventional helicopter with the long-range, high-speed cruise performance of a turboprop aircraft.

The Osprey may be a rare sight in Flintshire however, they do fly up to RAF Valley on Anglesey fairly regularly and spotted along Mach Loop, the set of valleys, situated between Dolgellau and Machynlleth.

The area is regularly used for low level flight training, with flying as low as 250 feet from the nearest terrain.