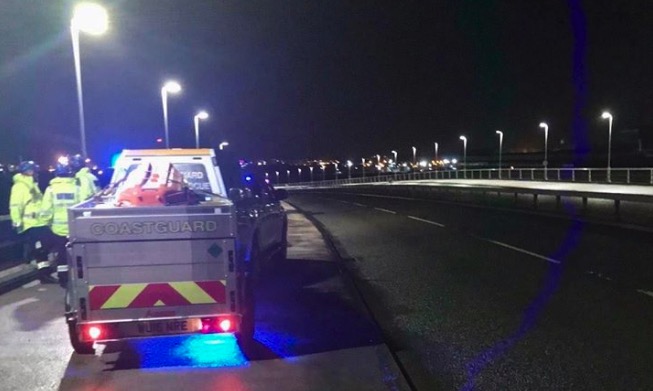 Volunteer rescue officers from Flint Coastguard were called out this evening following reports of a possible distressed person in the Flintshire Bridge area.

They were alerted just before 5.45pm by Holyhead Coastguard Operations Centre.

The rescue team were joined at the scene by colleagues from Wirral Coastguard and officers from North Wales Police.

A police drone unit equipped with a thermal imaging camera was also deployed to assist with a search.

It turned out to be local wildfowlers who matched a description of the ‘possible distressed person.’ 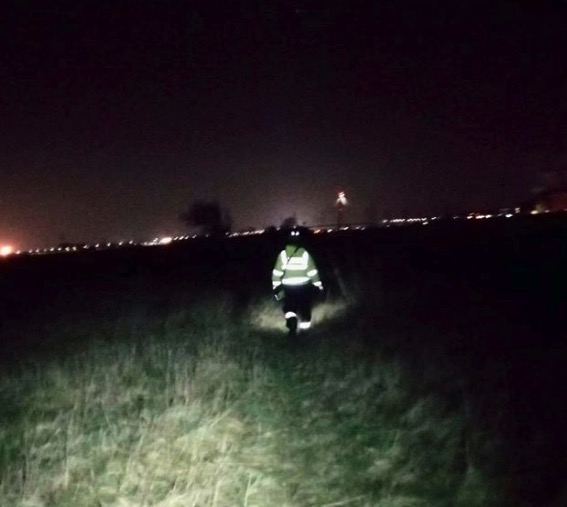 A spokesman for Flint Coastguard said:

“Team tasked by UK Coastguard along with Wirral Coastguard Rescue Team to assist North Wales Police with reports of a possible distressed person in the Flintshire Bridge area, on scene Police gathered more information from the first informant and liaised with our Officer in Charge.

North Wales Police Drone Unit also tasked and on scene managed to locate a heat source along the training wall towards the Lamp Rock, Coastguard Rescue Officers were sent to investigate and a number of Wild-fowler’s were spoken too all matching a similar description given by the first informant.

With this in mind and the area in question searched, Holyhead CGOC were happy this was a call with good intent and all units could stand down.”