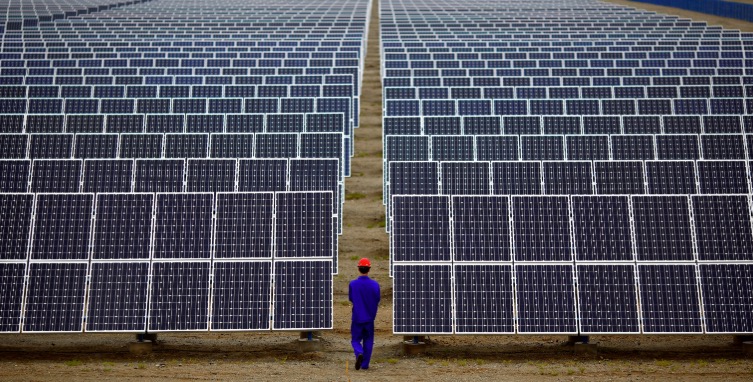 Plans to build a solar farm on an area of wasteland near Flint Castle look set to receive the go ahead as a local authority looks to boost its green credentials.

Flintshire Council applied to create a two-megawatt ground mounted solar facility at the disused Flint Landfill site back in April.

It said the scheme would generate around 1.8 million kilowatt hours of electricity per year which is enough to power around 700 homes.

The scheme has now been backed for approval by the authority’s chief planning officer.

In a report, Andrew Farrow said it would also contribute towards national and local clean energy targets.

He said: “The Welsh Government (WG) has clear priorities to reduce carbon emissions, with one of the important ways of delivering this being through the continued development of renewable energy generating projects.

“Planning Policy Wales advises that the WG’s aim is to secure an appropriate mix of energy provision for Wales, whilst avoiding, and where possible minimizing, environmental, social and economic impacts.

“Whilst the site abuts the designated wildlife sites to the north, it is excluded from the designation.

“Provided the proposals do not adversely affect features of these wildlife sites, then I am satisfied that the proposal is policy compliant.

“Taking all of the above into account, I am comfortable that the proposals satisfy the requirements of national and local policy as a matter of principle.”

In 2017/18 the council generated 4.5 million kWh of electricity from renewable sources, accounting for around five per cent of its electricity usage.

It said the Flint scheme would help to further reduce carbon emissions and mitigate the damage caused by climate change.

Mr Farrow added an assessment had been carried out to examine the impact of the proposals on Flint Castle.

It concluded that due to other nearby buildings and vegetation between the landfill site and the scheduled ancient monument, no views of the castle would be harmed.

Planning committee members will meet to discuss the plans on Wednesday.