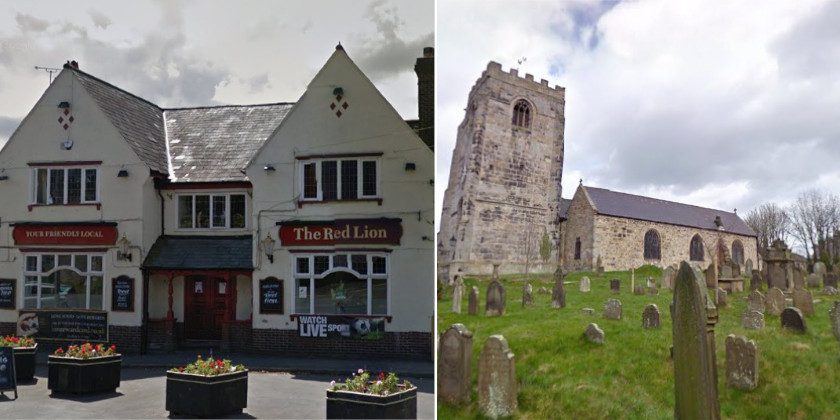 Hopes have been raised that the refurbishment of an ‘eyesore’ pub will lead to more wedding bookings at a nearby church.

The Red Lion Inn in Hope closed its doors in 2017 and metal sheets were put up to cover the property.

Cllr Gladys Healey, who represents the village, said the derelict appearance of the building had led to a decline in bookings at Hope Parish Church, which sits opposite.

However, pub owners Punch Taverns have now submitted a planning application in order to try and revive the pub.

She believes it could lead to it being reopened to take advantage of passing trade from the Park in the Past project, which is based at the Fagl Lane Quarry site.

She said: “I believe they are going to refurbish it and they are after permission for more parking as well.

“We need a pub in the village and with things happening at Park in the Past it will be fantastic if it is going to be a family pub.

“The diocese will be happy to see it and if there’s a funeral people used to go to the Red Lion to have a wake there.

“I’ve always been on the back of Punch Taverns, but now I am happy to see that planning is going in and I will support that.”

The proposals include new external cladding, play equipment and a pergola to be installed in the beer garden.

A new entrance ramp will also be put in, along with external doors and adjustments to the car park.

Flintshire Council confirmed it has received the application and that residents will be able to make comments on the plans shortly.

The local authority is aiming to make a decision on the application by early April.