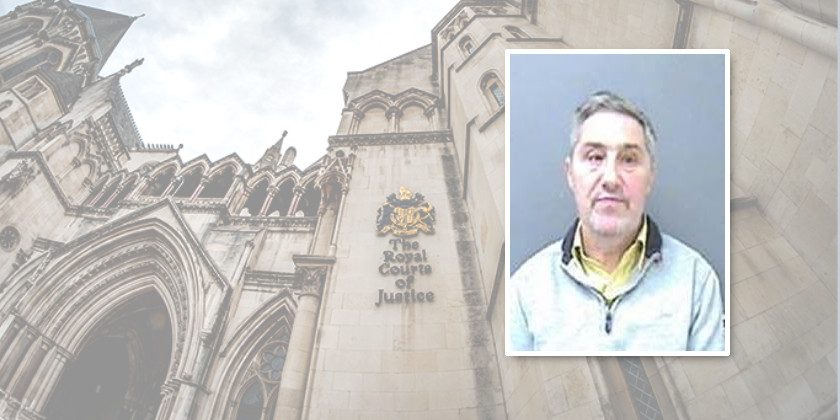 A man who was jailed for sexually abusing a teenager more than 40 years ago at a North Wales care home has had his sentence increased today.

Graham Stridgeon, now known as Tony Gordon (pictured above), from Fleetwood, Lancashire, pleaded guilty to two counts of indecent assault and one count of buggery on 10 September 2018 at Mold Crown Court.

He was originally sentenced in October 2018 to 3 and a half years in prison.

The Court of Appeal has increased his sentence to 5 years and 10 months in prison with an extended licence period of 3 years.

The sentence was increased after the Solicitor General, Robert Buckland QC MP, referred it to the Court of Appeal for being unduly lenient.

Stridgeon and his victim were residents at the Bryn Alyn children’s home in Wrexham at the time of the offences.

While in his late teens, Stridgeon sexually the fellow resident at the care home on several occasions in the 1970s. The victim was under 15 at the time.

Stridgeon was arrested and charged following ‘Operation Pallial’, an independent National Crime Agency investigation into recent allegations of past abuse in the North Wales care system.

Speaking after the hearing, the Solicitor General said:

“I would like to thank the victim for bringing Stridgeon’s offences to light, and I hope that they now feel that their courage has been rewarded and that justice has been done.

I would also like to thank the National Crime Agency for their hard work on Operation Pallial.”

Stridgeon was the 12th person to be convicted under Operation Pallial.

Operation Pallial, the independent NCA investigation into allegations of past abuse in the care system in North Wales, began in November 2012 at the request of Mark Polin, who was the Chief Constable of North Wales Police.