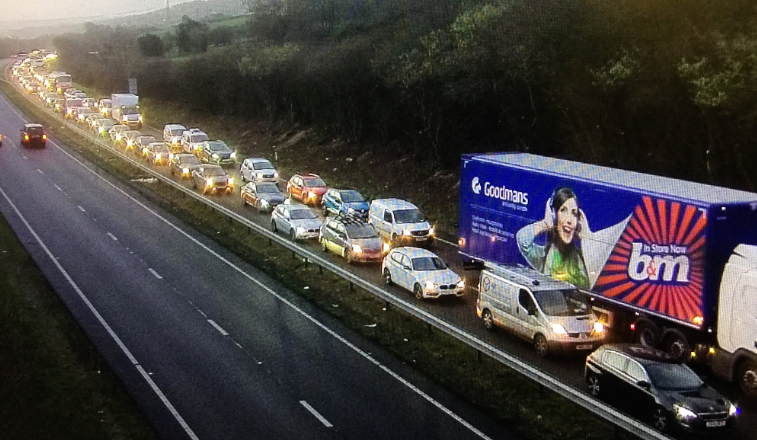 Update 3. Car involved in an earlier collision on the A55 W/B between J32 Holywell and J31 Caerwys has been cleared from the carriageway, there is still congestion in the area.

Earlier collision on the #A55 J32 Holywell – J31 Caerwys westbound has now been cleared off the carriageway, however congestion remains due to a vehicle fire and lane closure between J32 – J31.

Will update once clear. ⌚

Thank you for your patience. pic.twitter.com/J5fKLqClFE

Update 2. Drivers have a second incident on the westbound A55 to contend with.

A van fire near Caerwys the is now adding the problems this morning.

Firefighters are on the scene, Carl tweeted pictures of the fire:

Update 1. There are reports of congestion on the A55 westbound near Holywell due to a collision.

One lane is closed between junction J32A Pentre Halkyn and J31 Caerwys. Emergency services and traffic officers are on the scene dealing with the incident.

An image posted on social media (above) by Traffic Wales shows the extent of the congestion, it is advising drivers to “leave extra time on your journey.”

There is around 3 miles of stationary traffic due to a lane closure with delays reported at around 25 minutes. 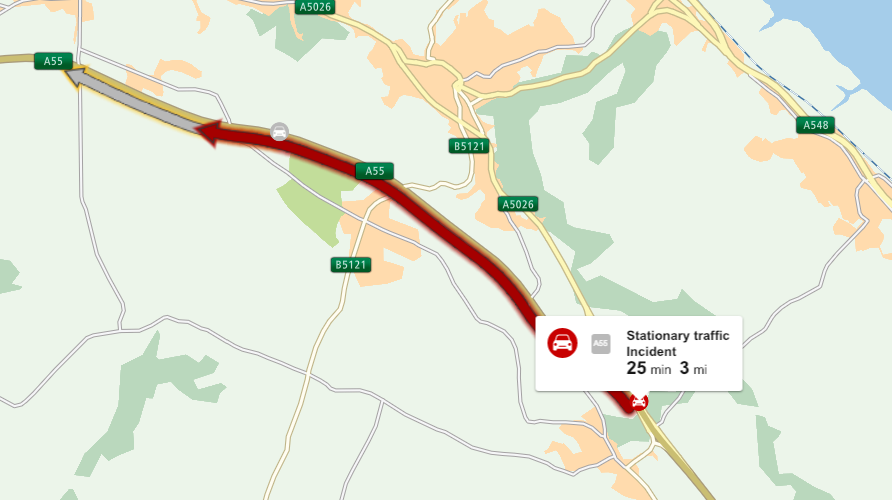