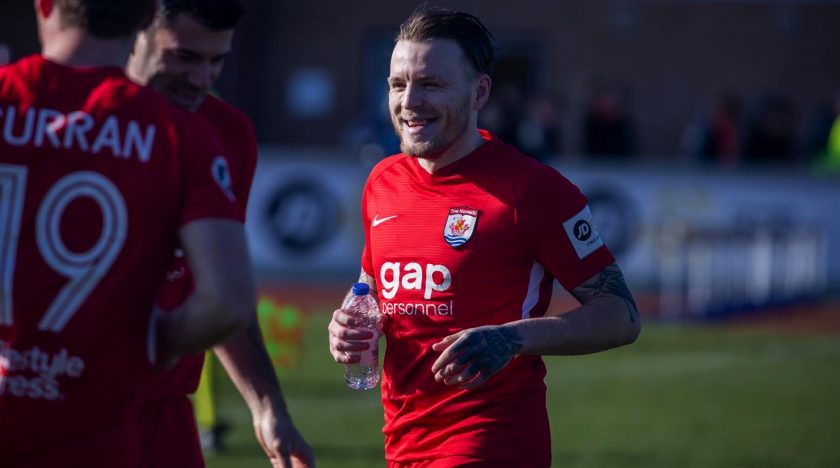 Connah’s Quay Nomads have announced that last seasons top scorer from last season Jamie Insall, has signed a new one year deal with the club.

Insall originally joined The Nomads in April 2019, making his full debut against Barry Town United having come on as a substitute against Bala the week earlier.

The striker was part of The Nomads’ Europa League campaign at the beginning of the 2019/20 season which saw the side beat SPFL side Kilmarnock before facing Serbian giants Partizan Belgrade.

Insall marked his first full season with the club by scoring 14 goals in the JD Cymru Premier along with one in the Welsh Cup and two in the Nathaniel MG Cup, including his stunning volley against STM Sports in the final.

On his new deal, Jamie said; “I’m buzzing to sign an extension on my contract at Connah’s Quay Nomads.

I’m really looking forward to helping the side establish ourselves as number one going forward in this league and the Champions’ League will be something we will be ready for – I’m excited to be a part of this amazing competition for the first time.”

Manager Andy Morrison added; “We have fought off strong competition to get Jamie re-signed.

After speaking to him, it was clear that he wanted to stay at Connah’s Quay Nomads.

I expect Jamie to kick on again next season.”