Complaints against Betsi Cadwaladr accounted for 30% all grievances about health boards sent to the Public Service Ombudsman for Wales last year.

The figures released by Ombudsman Nick Bennett in his annual study of the nation’s public bodies revealed complaints to all health boards decreased in 2019-20 by 29 (3.3%).

However the number of new complaints levelled against Betsi Cadwaladr University Health Board increased from 194 in the previous year to 227 in 2019-20 – an increase of 17%.

Betsi Cadwaladr, which has been in Special Measures for more than five years, had the most complaints of any health board but is the largest, covering around 22% of the population of Wales.

North Wales cases accounted for more than 30% of all complaints to the Ombudsman about all seven Welsh health boards but the “intervention rate” – where the Ombudsman judges there’s been maladministration or service failure – dropped from 80 in 2018-19 (41%) to 70 in 2019-20 (31%).

Betsi Cadwaladr UHB interim chief executive, Simon Dean, said: “It’s important we learn from people’s experiences, good or bad, which is why we actively encourage the reporting of feedback and concerns through a host of mechanisms we have put in place.

“This includes our Patient Advice and Liaison Service, which offers advice, support and information to patients and their families and looks to resolve any issues as soon as possible.

“We also work closely with the Public Service Ombudsman for Wales’ office to drive down the number of concerns and deliver improvements in our services.”

Ombudsman Nick Bennett told the Local Democracy Reporting Service (LDRS): “It’s a frustration to me that the numbers continue to grow.

“I’m keen to see those come down but the good news for the people of North Wales is while the number of complaints have gone up 17%, the level of service failure and maladministration has gone down.

“Surely if more and more people are coming to us but actually we are finding the health board hasn’t done something untoward, that’s a good thing.

“We want to see good quality health services but people feeling secure they know where to turn if they feel things are not quite right.”

He believes Welsh Government should accept some responsibility for “failing to get to grips” with issues within Betsi.

He added: “It’s a matter of deep concern that almost one in three health board complaints referred to the Public Services Ombudsman for Wales are from the Betsi Cadwaladr University Health Board area.

“My postbag suggests the same problems are being repeated time after time and that Betsi is not learning from its mistakes.

“Betsi’s own complaints system is too slow, with some complaints going on for years before getting a proper response; it’s simply not good enough.”

He said: “It’s good to see complaints against health boards generally drop slightly but very disappointing to see, once again, Betsi Cadwaladr UHB continued to account for the highest number of complaints about Health Boards.

“Betsi Cadwaladr UHB now accounts for 30% of all new complaints against Health Boards in Wales.

“Five years of Welsh Government direct control over the health board has not improved matters – if anything, with these statistics as an indicator, things are getting worse.”

We asked for a response to the criticisms from health minister Vaughan Gething.

However a Welsh Government spokesman said: “The level of complaints in relation to number of patients treated by Betsi Cadwaladr Health Board is very small.
“It is also encouraging their intervention rate, cases where the Ombudsman decided there was evidence of maladministration or service failure, is down.”

Complaints against health bodies, which include dentists, GPs, opticians and pharmacists, constituted more than 45% of all issues reported to the Ombudsman

Grievances raised against local authorities, including school panels dropped by 2.4% to 890 in the last year compared to 912 in 2018-19

Public interest reports, reserved for the most serious cases, were down from 17 last year to four this

Of the 7,200 contacts with the Ombudsman’s office 2,242 new complaints about public bodies resulted, up 1.6% on the previous year 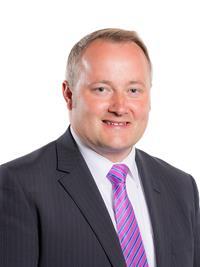