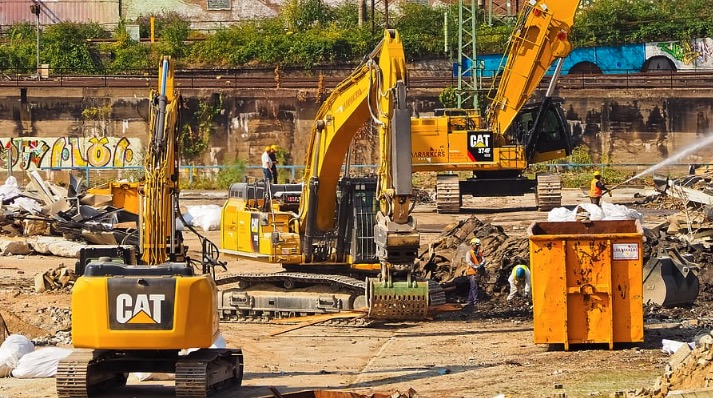 A leading North Wales builder has slammed the Government for lack of clarity after shutting down its sites, including one in Flint, because of the coronavirus epidemic.

Mark Parry, joint managing director of Brenig Construction which has a site on Earl Street, Flint, said the company made its decision on moral grounds as it was impossible for staff and sub-contractors to work safely.

He said: “We’ve been getting mixed messages from the Prime Minister and from other Cabinet members, telling us to carry on and at the same time maintain social distancing.

“Well that’s just not possible on a building site and if it’s not possible to keep everyone safe we feel that on moral grounds we have to shut down.

“It was a difficult decision and there are other major contractors in North Wales who are still working but we felt that any company with a moral conscience had to shut down straight away.”

Brenig Construction Group, based in Mochdre, near Colwyn Bay, and headed by joint managing directors Mark Parry and Howard Vaughan, is active across North Wales with sites in Conwy, Denbighshire and Flintshire.

The company employs 70 staff as well as sub-contractors and took the decision to close down immediately, sending staff home and operating with a skeleton crew at their headquarters, but even that hasn’t saved them from some unjustified criticism.

Mr Parry said: “You can’t just down tools and walk away from a building site so we did have some staff on each site shutting down and making everything safe and we’ve had a number of abusive phone calls.

“They ring up, give us a load of abuse and slam the phone down but we’ve just been making sure there is no danger to the public on the sites.

“I do applaud the Government for much of what they’ve done but we have badly needed more clarity from them for construction industry which is the third biggest part of the economy.

“About of a third of those in the industry are self-employed and they haven’t found out what support there will be for them.

“The Government have put £330 billion aside for interruption to employment but no-one seems to have a clue how it will work.

“We’re in limbo but we believe we have taken the correct moral decision to close down but we still don’t know what support we will be given by the Government.

“We will pay all our staff in full by the end of the month and by then we will hopefully know what’s happening and how to access the support we need.”

Howard Vaughan added that there were other complications around the supply of materials and travelling to and from sites and he said: “Even if it was possible to keep people two metres apart on a site, many of them travel together to the sites.

“Despite all these factors others have been carrying on regardless so we could be putting ourselves at a disadvantage but we feel it is the moral thing to do.

“A person with coronavirus can infect 400 people in a month and we employ 70 people so that could be 28,000, that’s the scale of the effect we could have on the NHS.”

[Note: Photograph used is ‘stock image’ and used for the representation of a building site]