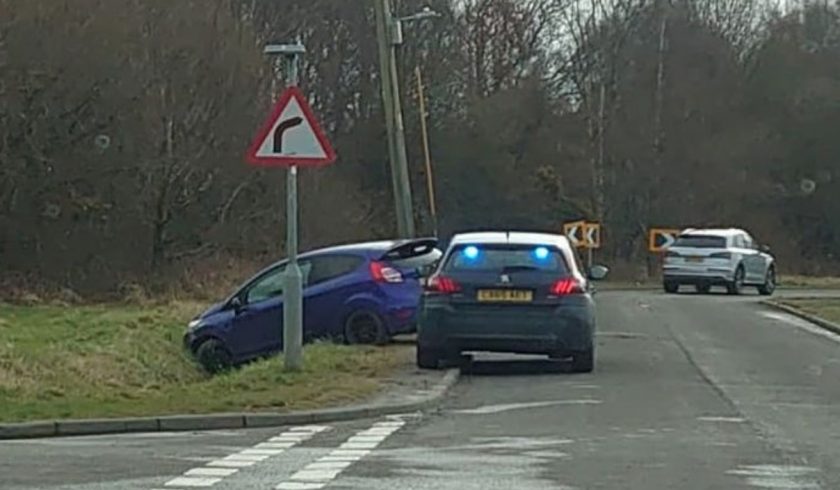 Police say they have arrested the driver of a car which crashed on Alltami Road this morning.

A police helicopter has been spotted this morning searching above the Alltami and Buckley areas.

The Hawarden airport based chopper was first seen just before 9.45am, and left the area at around 11.15am.

Picture posted on social media shows a blue Ford Fiesta ditched at the side of Alltami Road with an unmarked police car close by. 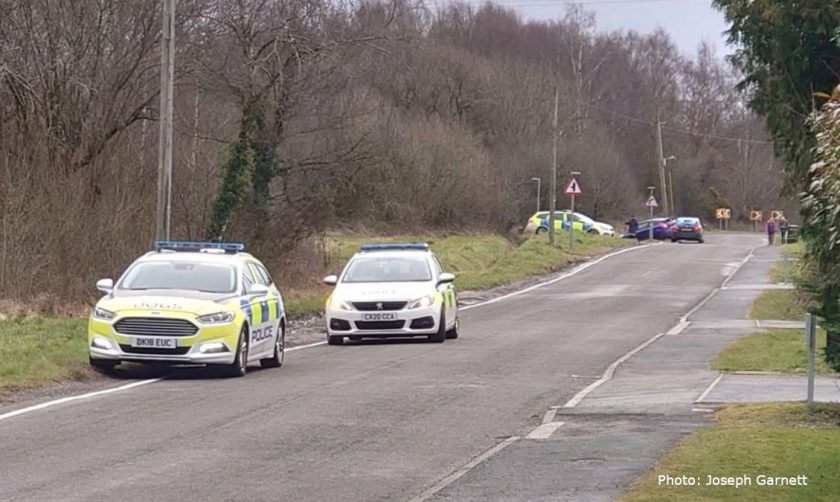 Another photograph shows three marked police cars including a dog unit parked along the road near the junction with White Farm Road.

A spokesperson for South Flintshire Police Team posted an update on their Facebook page, they said:

“You may be wondering why the helicopter has been circulating the NEW BRIGHTON / SYCHDYN area.
A male made off from a vehicle that had crashed. An extensive area search was conducted and we now have 1 in custody.”

Thanks to Joseph Garnett for the photographs.