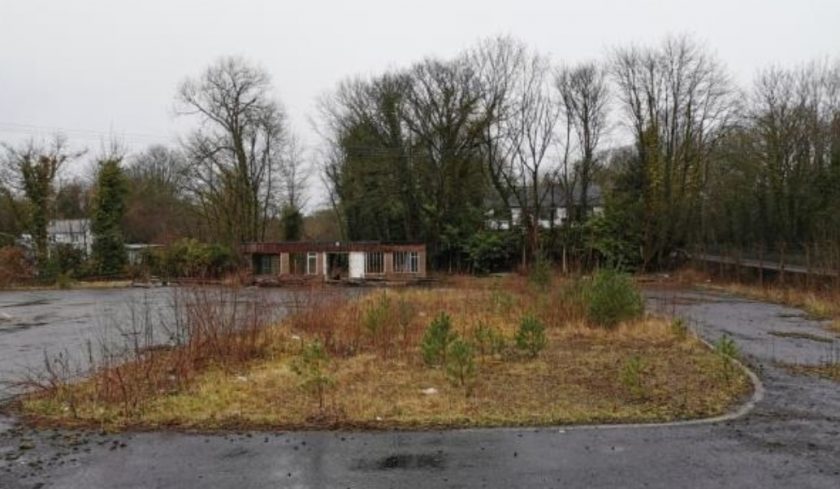 Plans to build houses on an “eyesore” garden centre site on the Flintshire-Wrexham border have been backed for approval.

The former Spectrum Home and Garden Centre in Cefn-y-Bedd has stood derelict for a number of years, becoming a target for vandals in the process.

An application to demolish the building on Wrexham Road and replace it with 14 homes was submitted in April in the hope of giving the land a new lease of life.

Flintshire Council’s planning committee previously gave conditional approval for a similar scheme, but the proposals were later called in by the Welsh Government and rejected due to the risk of flooding.

However, a successful challenge has since been made to National Resources Wales (NRW), which has seen the risk level downgraded, making it acceptable for residential development.

The local authority’s chief planning officer has recommended the latest application should be granted permission to improve the appearance of the site.

In a report, Andrew Farrow said: “The site has operated as a garden centre and DIY store for many years as well as accommodating a range of other uses in the associated peripheral buildings.
“Following its closure, the site has remained vacant and is now in a poor almost derelict condition.

“The immediate view of the site from Wrexham Road is unsightly and has been referred to as an eyesore.

“The proposed development would bring an immediate betterment to the site and the wider surroundings, providing a scheme that delivers housing to the area, affordable housing opportunities, removes sources of contamination, and provides for ecological enhancements.”

Four of the houses have been allocated as affordable, meaning they would be sold at 75 per cent of the market value.

Architects acting on behalf of Paul Williams, who is behind the scheme, said it would also reduce the amount of crime in the area.

In a planning statement, they added the successful re-classification of the site’s flood risk category meant the application should be approved, despite two letters of objection which suggested flooding could still be a problem.

Mr Farrow said: “In the interim period prior to the submission of this application, the applicant together with NRW have reviewed the development advice map, with additional data analysis being undertaken which evidenced that there had been an error in the plotting of the C2 zone.

“NRW have since accepted the flood challenge and re-classified the site as zone B, ensuring a residential development at the site is now acceptable.”

Permission has been recommended subject to a payment of £37,000 being made towards new facilities at Castell Alun High School in Hope, as well as £1,100 per property to improve a nearby children’s play area.

The proposals will be discussed by planning committee members at a virtual meeting on Wednesday (October 28, 2020).