Fans of the A380 have a unique opportunity to own a piece of Airbus’s first airline operated ‘super jumbo’ to be retired.

German firm Aviationtag, which specialises in ‘upcycling’ retired airliners has created collectable identity tags made from the fuselage of an A380 which has just been dismantled and recycled.

Singapore Airlines the launch customer for the Airbus flagship jet withdrew MSN003 from service in 2017.

It was the third A380 off the production line, the first two were test aircraft – the wings, of course, were made here in Deeside. 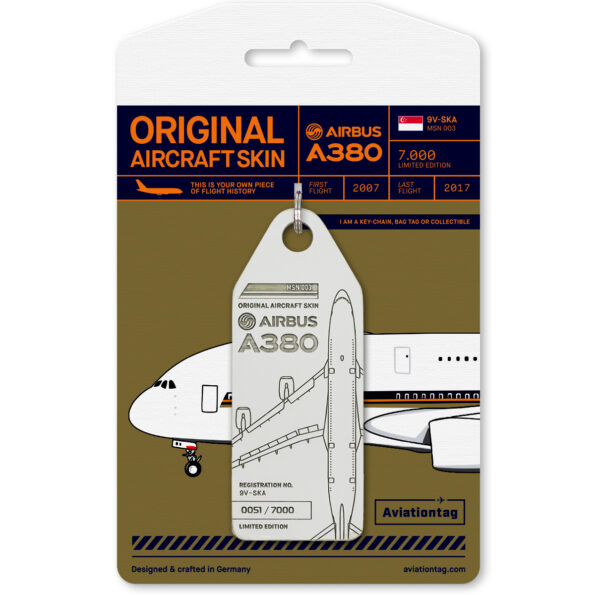 After just 10 years of taking to the skies, MSN 003 was retired and transferred to France for recycling.

Last month the plane was dismantled and 560 tons of material was successfully recycled or reused.

Aviationtag, managed to secure a piece of the historic aircraft and the upcycling specialist set about creating 7000 tags crafted from the fuselage of the MSN003. 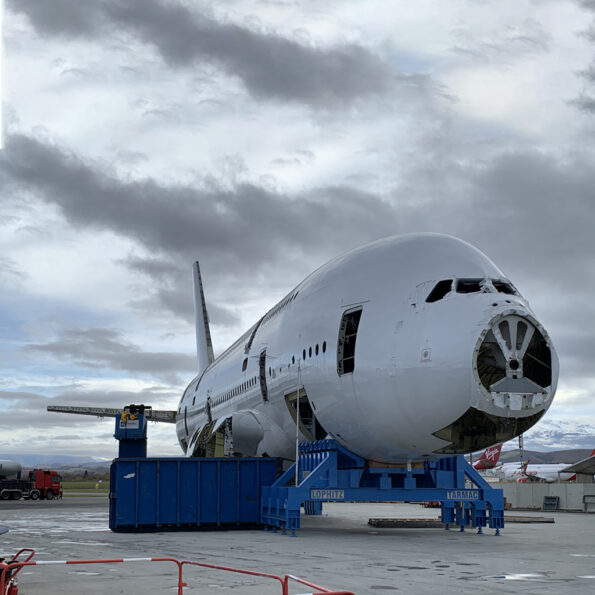 It was February 2018 when Airbus announced it planned to put an end to the A380 programme.

With only 234 units delivered out of 313 ordered over 13 years, it is far from the break-even point – originally estimated at 1,200 aircraft over 20 years.

With orders drying up and production already running at a minimum, it was time for Airbus to stop the damage.

The aircraft is built on a continental scale: the wings are made in Broughton, engines are made in England (Rolls Royce) or the US (Engine Alliance), the fuselage and the vertical stabiliser is built in Germany and the horizontal stabiliser in Spain. Final assembly is carried out in France.

Emirates owns half of all operating A380s -the superjumbo’s future had been tied to the ongoing desire of the UAE based airline to continue adding A380’s to its fleet.

Emirates reduced an existing order by 39 aircraft triggering Airbus the pull the plug on the A380 programme.

The final A380 wing left the Airbus factory in Broughton earlier this month.

The wing was loaded onto the barge Afon Dyfrdwy – Welsh for River Dee – using a huge motorised trolley for the customary journey along the River Dee.

The wing was taken to Mostyn Dock where is was loaded onto a ship for the onward journey to Bordeaux in France.