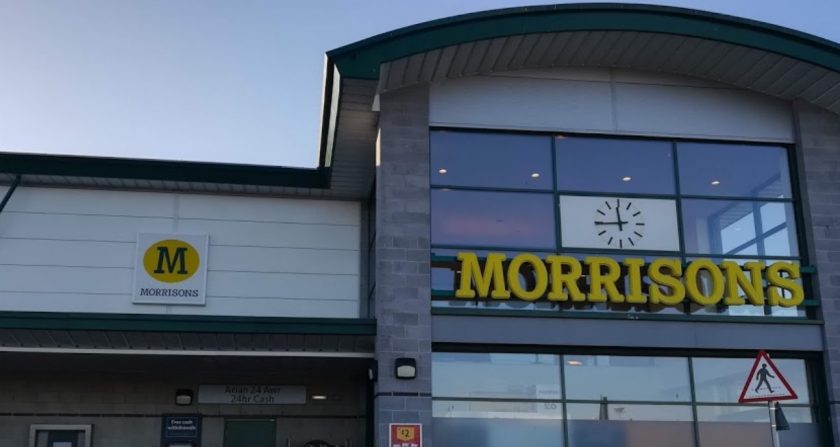 A supermarket chain has confirmed customers who refuse to wear a mask without a medical exemption will be told to leave stores from today.

Morrisons, which has stores in Connah’s Quay and Saltney, said it had “introduced and consistently maintained thorough and robust safety measures in all our stores” since the start of the pandemic.

But it said: “From today we are further strengthening our policy on masks.”

Chief executive David Potts said: “Those who are offered a face covering and decline to wear one won’t be allowed to shop at Morrisons unless they are medically exempt.”

“Our store colleagues are working hard to feed you and your family, please be kind.”

First minister Mark Drakeford said last week the Welsh Government will ‘work with’ major retailers to “make sure that people are safe when we go out shopping”.

It comes amid growing calls supermarkets and stores that have remained open to tighten measures to help protect staff and shoppers.

Locally there have been ongoing comments from shoppers who have been in touch concerned about the number of people in a supermarket who are ignoring social distancing, one way systems in place on some aisles and not wearing masks.

Mr Gruffydd said: “Supermarket workers have been key workers throughout the pandemic and are expressing concern about the failure to ensure that safety guidance is being adhered to. In this current lockdown, we’re seeing looser rules operating in terms of allowing customers into supermarkets and fewer restrictions despite the worsening situation.

“It’s worse now than during the first wave but some supermarket managers seem to have thrown out that safety-first approach.

“Supermarkets are among the few places where people mix indoors now so it’s vital that they are as safe as they can be. Welsh Government has to insist on better social distancing and that’s why I’ve written to the relevant Minister to ask for greater clarity.

“The worst-case scenario is that supermarkets themselves have to close or limit opening because staff are falling ill and having to self-isolate. Hopefully we can get through this but it’s important that we keep all our keyworkers safe, whether they’re working in hospitals, care homes or retail.”

At the start of the pandemic in spring 2020 many supermarkets were limiting the number of customers in at any one time, along with one way systems and place and tannoy announcements reminding people to social distance.