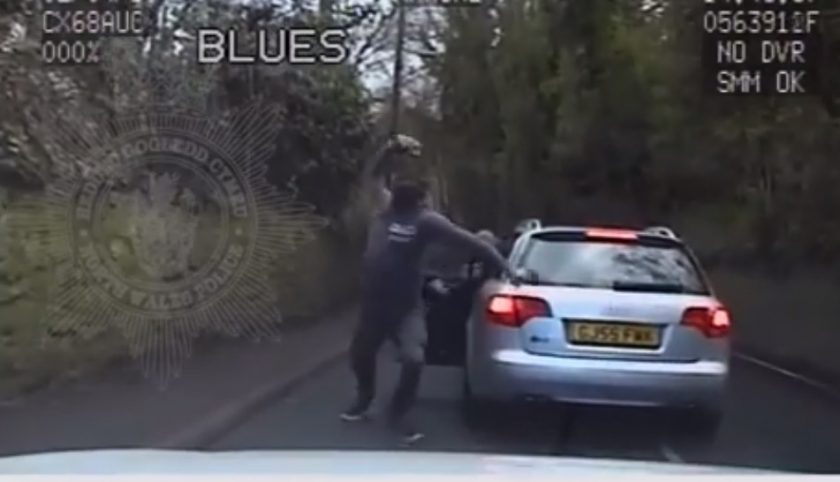 A group of men who threw rocks at a police car windscreen and who later rammed in to the same vehicle to evade capture have been jailed.

PC Emma Birrell was on duty when she was asked to keep observations for a silver Audi which was believed to be linked to a recent burglary.

The Roads Policing Unit officer saw the Audi parked on the B5125 in Northop Hall shortly before 3pm on Tuesday 2nd April.

The car left and the officer followed it through the village.

A short time whilst on Stamford Way the Audi stopped; two men, who were wearing balaclavas, got out and threw rocks towards the police car which smashed the windscreen.

The Control Room were immediately notified and other officers nearby were making their way to assist.

PC Birrell continued to follow the car, travelling through Aston Hill and Ewloe at speeds in excess of 80mph.

A short while later the Audi came to a stop on Old Aston Hill due to one of the wheels coming off.

PC Birrell stopped behind the vehicle and whilst she was making her way out of the patrol car the Audi reversed at speed into the police vehicle.

Thankfully the officer wasn’t seriously injured; however she was taken to hospital.

PC Emma Birrell has since received a Superintendents Commendation for her work with this incident.

All four occupants were arrested a few moments later and they were charged with various offences including burglary, dangerous driving, driving without insurance and driving whilst disqualified. One of the arresting officers was also injured whilst making an arrest.

“Other officers, including the Roads Policing Unit and local policing colleagues were making their way towards the incident, and PC Birrell, despite not knowing the danger she faced, continued to pursue the car whilst single-crewed.

“This was a frightening incident for her and she displayed courage, tenacity and commitment to duty in order to apprehend the males involved.

“This was an appalling act of dangerous driving and it was only by good fortune no one was injured.”

All four defendants were charged and remanded to appear before court.

26-year-old Michael Doran of the caravan site on the old A43 in Broughton received 20 months in prison.

And 30-year-old Adam William Purcell of Priestfield Road, Ellesmere Port was sentenced to 42 months in prison. 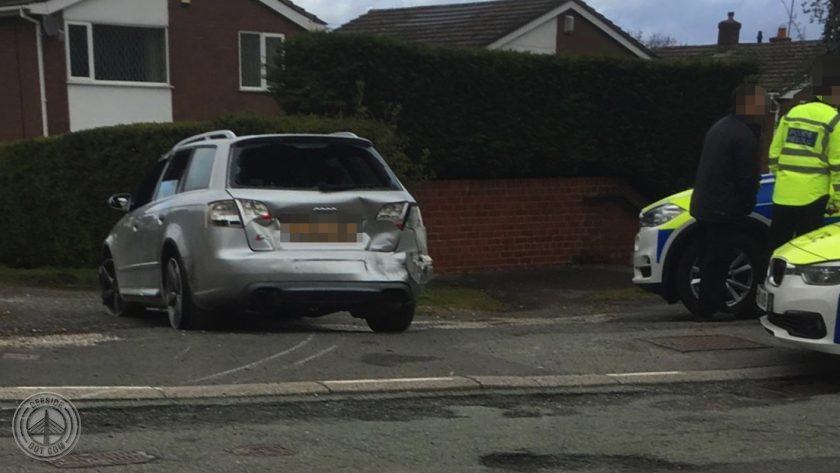 “The sentence will I’m sure bring a degree of relief to many in the local community and I hope it will provide the public with some reassurance and make our communities safer.

“All four men had a complete disregard for their victims and thought they could evade police detection. It is thanks to great partnership work by our officers that these prolific criminals are now behind bars.

We fully understand the devastating impact that burglary has, both on the victims themselves and the wider community. North Wales Police will relentlessly pursue those individuals who cause most harm and this type of behaviour will not be tolerated.”

“This is just one of many, many examples where our outstandingly brave police officers put their safety on the line for the protection of the public and to apprehend violent offenders.

The Police Federation passionately campaigns for tougher sentences on those who choose to attack emergency service workers so it is only proper that those convicted end up behind bars.”

Hawarden Sixth Form
@6thFormHawarden
Our 2019 A level results placed us in the TOP 10% of all schools and colleges in the UK. Sixth Form Information Evening 30th January at 6pm PIC:

Bryn Williams Academy
@BrynAcademy
It’s that time of year again! Have you got the passion and desire to have an amazing career in Hospitality? The Academy can open up many exciting opportunities. Apply now! @Brynwchef @colegcambria @BrynPorthEirias @CanteenTweets @Caterertweets link
View all of our recent tweets by clicking here...!