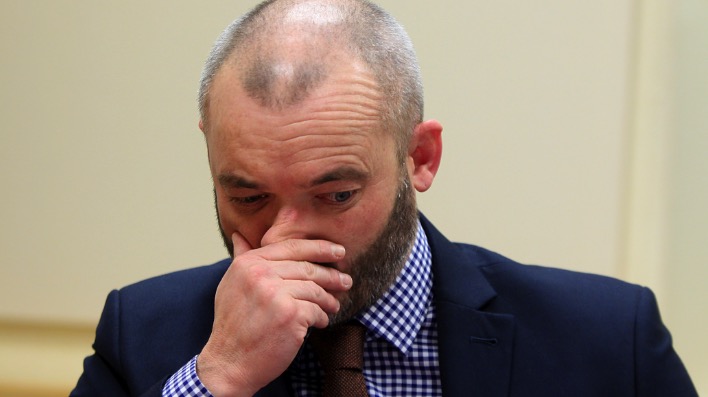 The former leader of a council found guilty of twice breaching its code of conduct has been suspended from being a councillor for three months.

Aaron Shotton headed Flintshire County Council’s Cabinet until April last year, before resigning amid reports of an affair with his married PA Hayley Selvester – an employee of the local authority.

Cllr Shotton, who represents Connah’s Quay Central ward, was found to have breached the code of conduct by an Adjudication Panel for Wales tribunal at Llandudno Magistrate’s Court yesterday (Wednesday).

It pondered what sanctions to impose overnight and published its decision this afternoon.

A message on the Panel’s website reads: “The Case Tribunal decided by unanimous decision that Councillor Shotton should be suspended from acting as a member of Flintshire County Council for a period of three months or, if shorter, the remainder of his term of office with effect from the date of this notice.

“The Respondent has the right to seek the leave of the High Court to appeal
the above decision.”

After a three-day hearing the panel decided the former Labour leader of Flintshire had left questions out for Mrs Selvester before her interview for the role of his PA in 2012.

The panel also judged he had breached the code by ” by sending and/or encouraging his PA to send inappropriate messages, to include messages of a sexual nature, during office hours”.

The panel heard the couple had used a council account to hire a car to take them to secret meetings in hotels, one of them in Manchester in February 2016.

However the panel was not convinced Mr Shotton was aware the council was paying for the vehicles at the time and he was cleared of that allegation.

The Public Service Ombudsman for Wales Launched an investigation into Mr Shotton’s conduct in June 2018 after revelations about the alleged affair appeared in the press.

A year later the Ombudsman decided he had three charges to answer and passed the matter on to the Adjuication Panel for Wales to conduct a hearing.

A spokesman for the Ombudsman’s office welcomed the Adjudication Panel’s decision to suspend Mr Shotton.

He added: “Cases of this nature are relatively rare, but it is hoped that this case will further serve to promote high standards of conduct, by elected members both within the Council and across Wales.

“Furthermore, elected members’ conduct must not bring their authority or their office as a councillor into disrepute.”

Mrs Selvester lost her job in October 2018 after an investigation by Flintshire council found her guilty of gross misconduct.

Cllr Shotton stepped down as leader in April 2019 after first sacking his deputy Bernie Attridge.

He said at the time “intense media pressure” and a desire to “heal the political divide” in Flintshire drove his decision to quit the role.

It is unclear whether he will seek to appeal the decision.

In a statement, Flintshire council said: “We have been advised of the decision of the Adjudication Panel and are making the necessary administrative arrangements for the suspension of the councillor.
“This will include advice to constituents on how to raise local ward issues with the council in the councillor’s temporary absence.

“The case is not within the jurisdiction of the council and, therefore, we have no further comment to make.”