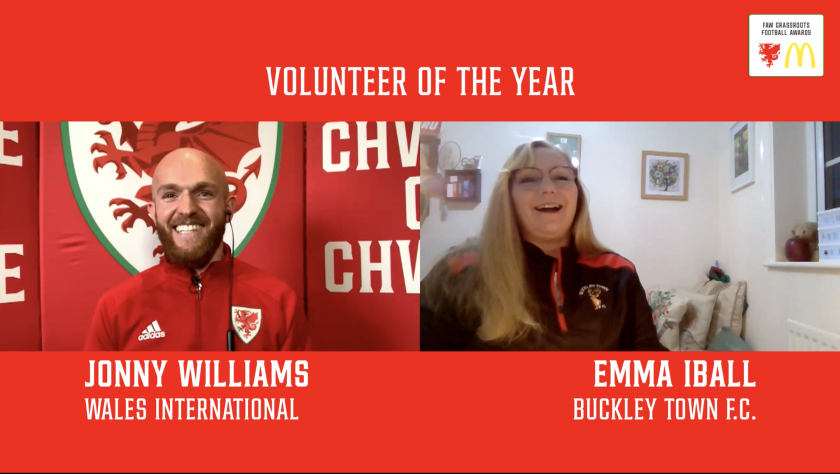 The national winners of the annual FAW & McDonald’s Grassroots Football Awards have been revealed, with Emma Iball from Flintshire being crowned the winner of the 2020 Volunteer of the Year award.

The awards celebrate the efforts of grassroots football volunteers across Wales who go the extra mile to support their local communities.

Launched in March this year by former Wales striker and McDonald’s Fun Football ambassador John Hartson, the public response has been extremely strong, with the People’s Choice category in particular receiving over 45% more votes this year versus 2019.

The awards feature a wide mix of categories which reflect the huge range of roles that volunteers play.

Emma Ibal joins a long list of inspirational grassroots football volunteers who have been recognised by the awards programme.

She has supported and deeply cares about Buckley Town Football Club for a number of years, and her enthusiasm and commitment never tires.

She supports every team with her knowledge and guidance from the girls under 9s right through to the Veterans.

No job is too small for Emma and she is on hand to provide her support with training, fixtures, registrations, marketing as well as fundraising.

Emma is a real inspiration to everyone at the club as well as in Buckley. 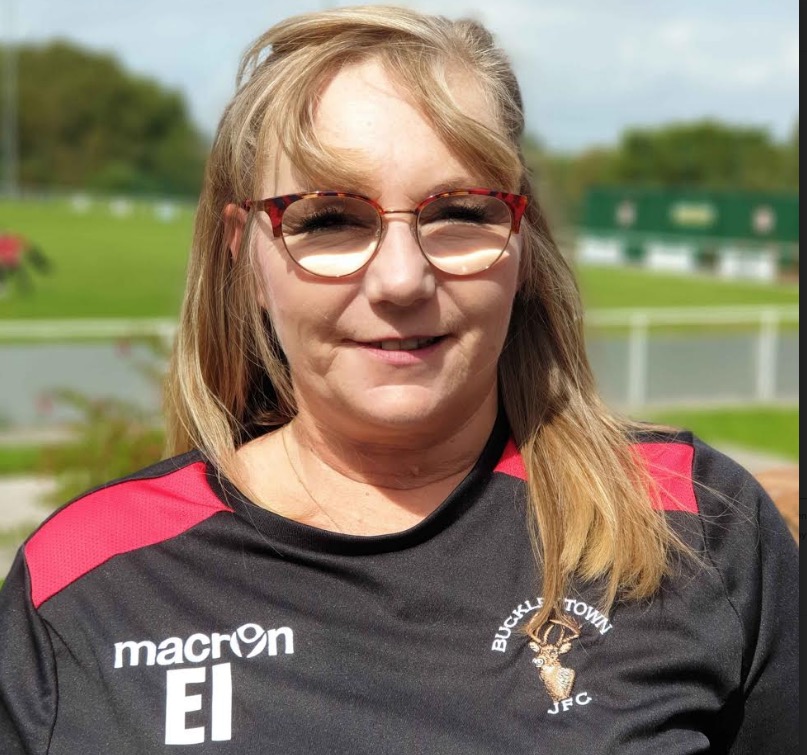 The ceremony was hosted by sports presenter Michelle Owen and featured Wales internationals Robert Earnshaw and Megan Wynne, who were on hand to congratulate the winners.

Jayne Ludlow, Wales’ Womens National Team Manager, said: “It’s been a really difficult year for the whole country, but I’m so pleased we’re able to recognise and celebrate the volunteers who go above and beyond to have a positive impact on their local communities.

The tireless work of volunteers like Emma Ibal is what keeps the game going. Emma should be extremely proud of all her achievements and grassroots football in Wales is in a much better place with her being a part of it.”

Local McDonald’s Franchisee, Stewart Williams, who is an avid supporter of grassroots football in Flintshire, added: “We just want to congratulate Emma Ibal on her fantastic win, it’s great to see a national winner from Flintshire.

It’s been a difficult year and it’s people like Emma that keep the grassroots game going from strength to strength and we hope that this win inspires others in Flintshire to get involved in grassroots football.”

McDonald’s is the longest-standing supporter of grassroots football in the UK, having worked with the four UK FAs for 18 years.

Throughout this time, it has continually championed the work of volunteers who invest countless hours of time to deliver safe, fun football to children and young adults regardless of age, gender or disability.