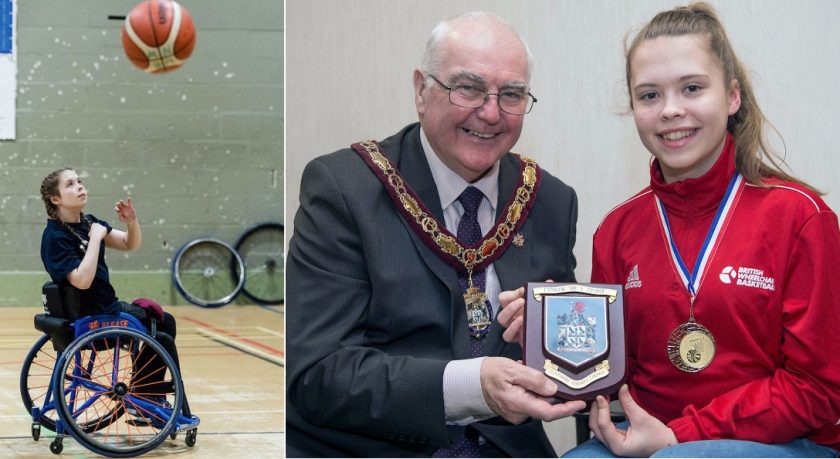 Anastasia is 14 years old and is a year 9 student at St Richard Gwyn High School.

She is also the only Welsh player in the Great Britain wheelchair basketball squad.

Ana plays for North Wales Knights and was the first female player in their junior squad.

When she was in Year 8, she was vice captain of the junior Welsh team and helped them achieve silver in the wheelchair basketball championships in Worcester. It was an historic moment as no other Welsh team had done so well.

In March this year, Ana was selected for Great Britain’s U24 squad and she travelled to Holland to the international women’s camp where she was able to expand her knowledge of the game and gain experience playing with and against international players.

At 14 she is the youngest member of the U24s Great Britain team who recently won the European Championships.

The team was undefeated in every game of the tournament and has now qualified for the World Championships in Thailand next year.

This year, she won the Richard Langhorn Trust Rising Star Award which recognises individuals who have made an outstanding contribution to wheelchair basketball.

She also won the “Junior Sports Person of the Year at the Denbighshire Community Sports Awards in Llangollen.

She hopes to play in the Paralympic games one day.