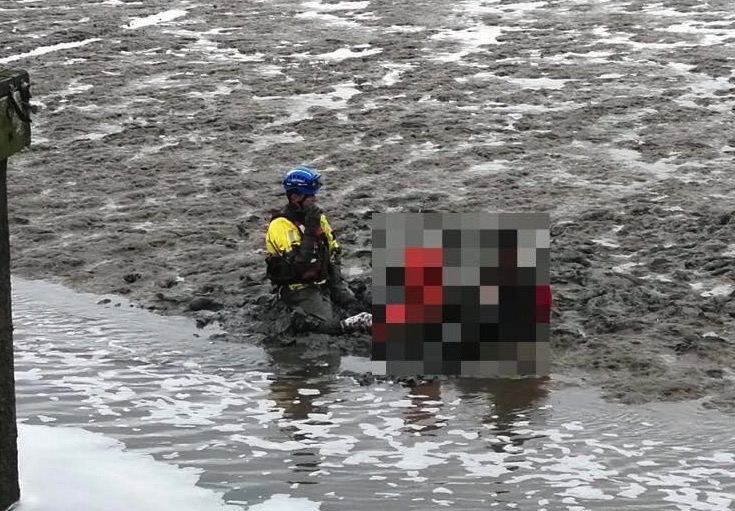 Flint Coastguard volunteers were called to assist with the rescue of two children and an adult stuck in sinking mud on the Wirral coast.

Coastguard Rescue Officers from Flint and Wirral were scrambled just before 6pm on Thursday following 999 calls that three people were in the mud near to West Kirby Marine Lake.

On arrival, one of the children had managed to get free from the mud and onto the Marine Lake linkway. 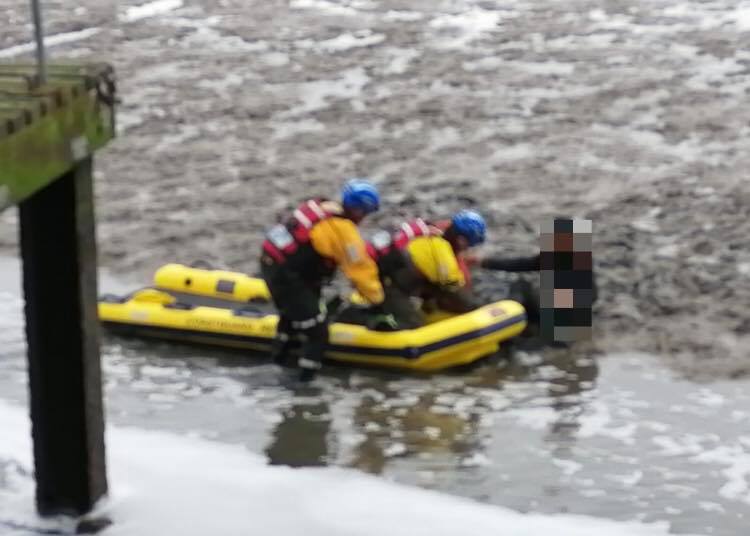 Both were freed from the mud and an inflatable sled was used to transport them back safely ashore.

“A precautionary check was given by North West Ambulance Service Paramedics at the scene however no treatment was required.” A Wirral Coastguard spokesperson said.

Michael Buratti, Station Officer for Wirral Coastguard Rescue Team said: “There are a number of mud patches located around our coastline which may look like wet sand to people who suddenly find themselves stuck.

Where possible, try to avoid the mud patches and if you start to feel the sand get soft underfoot, back track out if you can. If you do get stuck, keep calm, avoid moving too much, spread your weight by sitting down and call 999 and ask for the Coastguard. 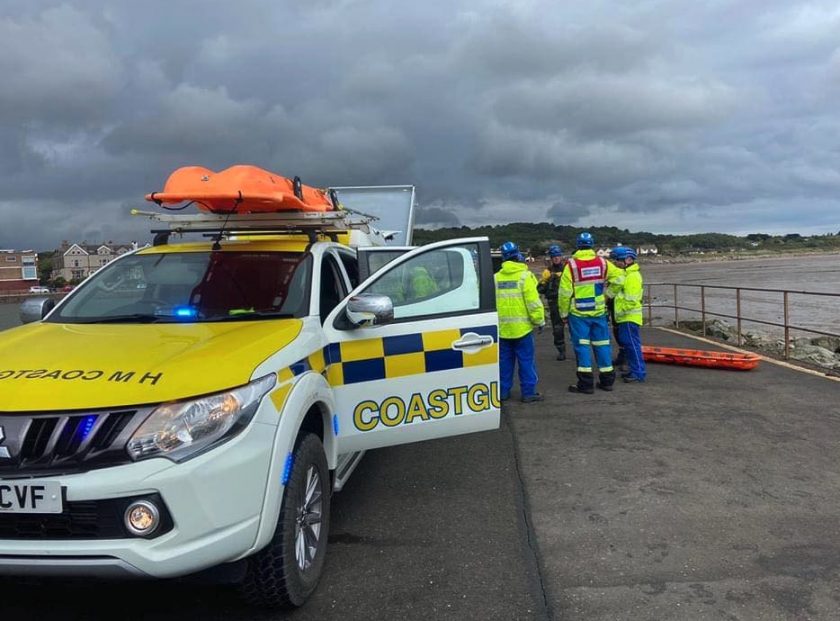 It is important to discourage people from trying to rescue you as they may get stuck too. I would like to thank the off duty RNLI Lifeguard who was on scene at the incident and kept the casualties reassured prior to the arrival of the Coastguard Rescue Team”.