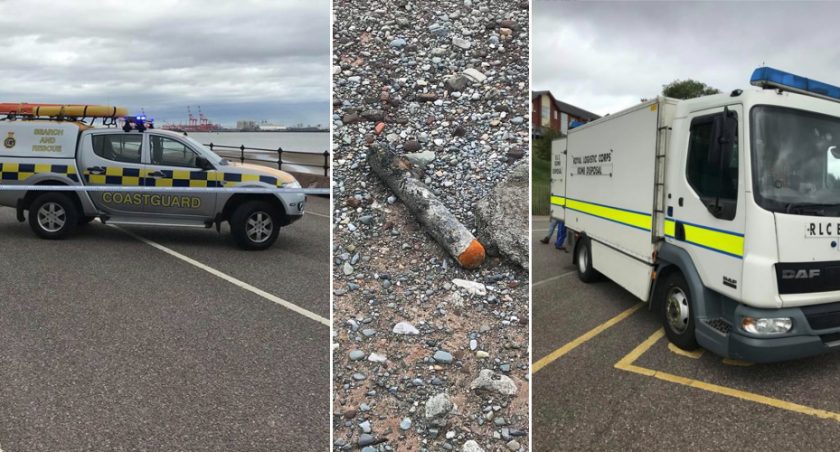 A Coastguard rescue team based in Flint were called out this afternoon to assist Wirral colleagues following reports of a possible explosive ordinance device washed up on a beach.

The Flint team were scrambled by the Holyhead Coastguard Operations Centre (CGOC) to Manor Groyne in Wallasey just after 12.20pm today.

Once on scene, both the Flint and Wirral Coastguard teams liaised with officers from Merseyside Police and began setting up a cordon around the scene.

Coastguard officers took pictures of the washed-up object sending them to the CGOC who passed these on to an Army explosive ordnance disposal team. 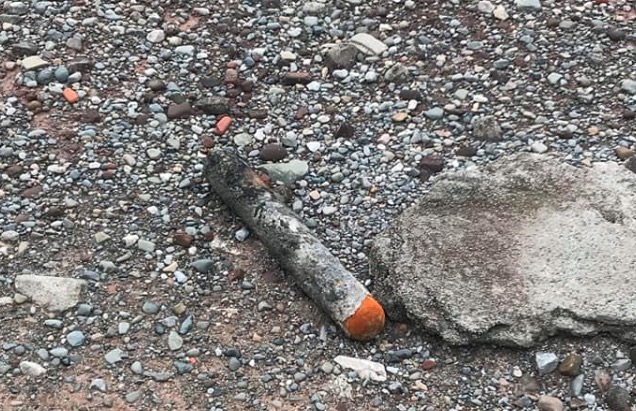 A Royal Logistic Corps Bomb Disposal Unit was dispatched to the scene to investigate further while the cordon was extended and part of the promenade closed for safety reasons.

“Upon their [Bomb Disposal Unit] arrival and after approximately 30 mins of investigations the item was confirmed to be some sort of gas cylinder and was deemed safe, as the cylinder was now on the tide line it was not safe for the item to be removed by relevant agencies so the item remains in position until low tide.”

Coastguard teams were stood down soon after.

North East Wales multimedia and marketing companies have joined forces during lockdown to give clients a business boost.