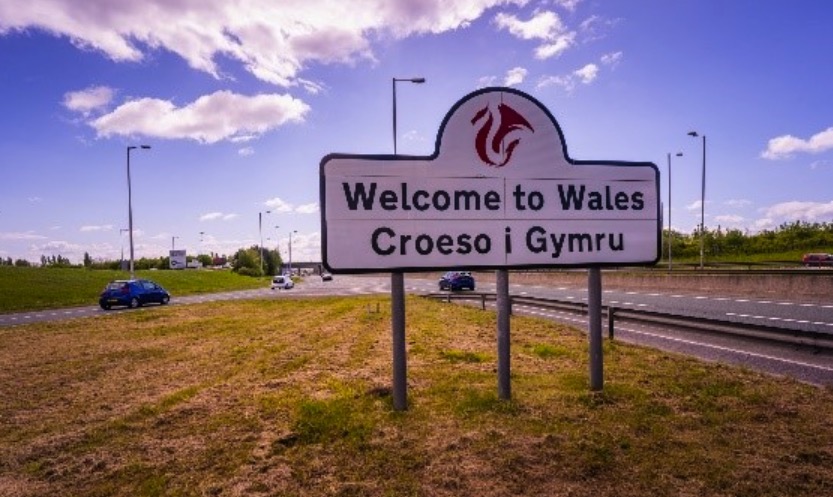 Update: The prime minister has rejected Wales’ first minister’s demand for a travel ban in and out of Covid hotspots in England.

“There are no physical borders between Wales and England,” Boris Johnson’s official spokesman said.

He said guidance was “very clear” that people from very high risk areas such as Merseyside “should avoid travelling in or out of the area”.

Earlier report: First minister Mark Drakeford has said he is giving Boris Johnson “one final opportunity to do the right thing” and put in place measures to prevent travel from England’s COVID hotspots into Wales.

Yesterday the Prime Minister unveiled a three tiered system of local COVID Alert Levels for England which will be “simpler and standardised.”

The “medium” alert level – will cover most of England and consists of the current measures, which came into force on 25 September.

This includes the Rule of Six, and the closure of hospitality at 10pm.

The “high” alert level will reflect current local interventions, “but there will now be consistency across the country,” Chester and Chesire West will be placed at this ‘Tier Two’ level lockdown.

The “very high” alert level – Tier Three – will apply where transmission rates are causing the greatest concern, based on an assessment of all the available data and the local situation.

This includes incidence and test positivity, including amongst older and more at-risk age groups, as well as the growth rate, hospital admissions and other factors.

In these areas, the government will set a baseline of prohibiting social mixing indoors and in private gardens, with the Rule of Six allowed in open public spaces like parks and beaches.

Pubs and bars must close, and can only remain open where they operate as if they were a restaurant – which means serving substantial meals, like a main lunchtime or evening meal. They may only serve alcohol as part of such a meal.

Liverpool City Region, which includes the Wirral, is the only part of England to be placed at this level

Here people will be ‘advised’ not to travel in and out of these areas, this is the bit which has rattled the first minister.

The Welsh government “expressed deep disappointment” at the “inadequate proposals” for travel restrictions in high infection areas in England, and said, “these would be met with great dismay in many parts of Wales where infection rates are lower.”

Boris Johnson rejected a call from the first minister at the start of the month for a ban people travelling from Covid hotspots in England to Wales.

“UK ministers are asking me today for the evidence which tells you that if people come from high areas to low areas that spreads the virus.

We’ve got that evidence and we will share that with the Prime Minister.”

“I will set out in my letter the powers we have and if he doesn’t act we will use them.”

“I want to offer him one final opportunity to do the right thing, because that would be fair to people in Wales, and people across our border.

Asked if he would close the border into Wales, Mr Drakeford said: “It’s not my preferred option at all, but the Prime Minister’s solution of guidance simply will not do.“

“North Wales Police cannot stop someone and turn them back simply because they’re not following guidance.”

“The Prime Minister needs to act, he has the power, he has the authority, what he lacks is the willingness and he needs to find that.”

Speaking on the Jason Mohammed show on Radio Wales, Mr Jones added: “The First Minister seems to be extremely frustrated with the Boris Johnson. I think what is being asked for is perfectly reasonable.

“People who live in Conwy cannot leave the county, but people from hotspots like Liverpool, Manchester and Nottingham can travel into Conwy and spend time there.

“The only thing the Prime Minster has said is that they’re advised not to, but there is nothing to stop them from going. So, I do share the First Minister’s frustration on this.

“Policing is between a rock and a hard place on this issue. It is right in principle to do what Mr Drakeford and Mr Gething are suggesting, but it is very difficult for police to enforce it, even though we’ve had more money to enforce Covid regulations.

“But if the Welsh Government do ban people from crossing the border into Wales from England, we will do our best, along with our partners in local authorities and health to enforce the regulations.

“We’d need to look at how we would enforce these rules and have a conversation with our four chief constables here in Wales.

“I can’t see us lining the border with patrol cars because none of the police forces in Wales have the resources to do that.

“The demand now is as high as it was before the first Covid lockdown. We will try to encourage and educate but if that doesn’t work, we will enforce.

“I think there will be a lower tolerance level because people do know what the rules and regulations are by now. So, there will be much less leeway for people who deliberately break the rules.

“I think there is an ideological difference between the devolved government and Westminster. It’s the health vs wealth argument.

“Obviously, Westminster is concerned about the economy as we all are, but I think the devolved nations want to put public health ahead.”