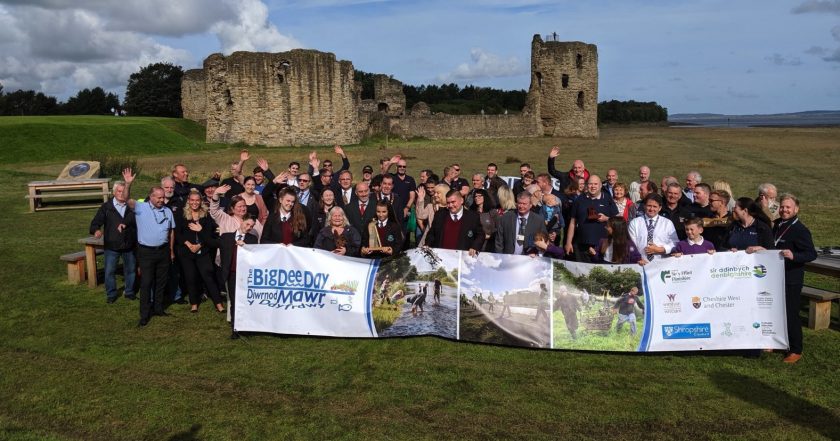 Dozens of volunteers have taken to the banks of the River Dee for the launch of an annual clean-up event.

The Big Dee Day is one of the largest conservation events in north east Wales and has resulted in approximately 5,000 bags of litter being collected since it launched in 2007.

Now in its 13th year, it sees community groups, conservation organisations and local businesses join together to scour the coastline and tributaries along an area spanning from Talacre to Chester and south Denbighshire.

This year’s launch event was held at Flint Lifeboat Station this morning and was attended by around 70 guests.

They included representatives from Flintshire Council, whose countryside rangers co-ordinate the scheme, along with the neighbouring authorities of Cheshire West and Chester, Denbighshire and Natural Resources Wales. 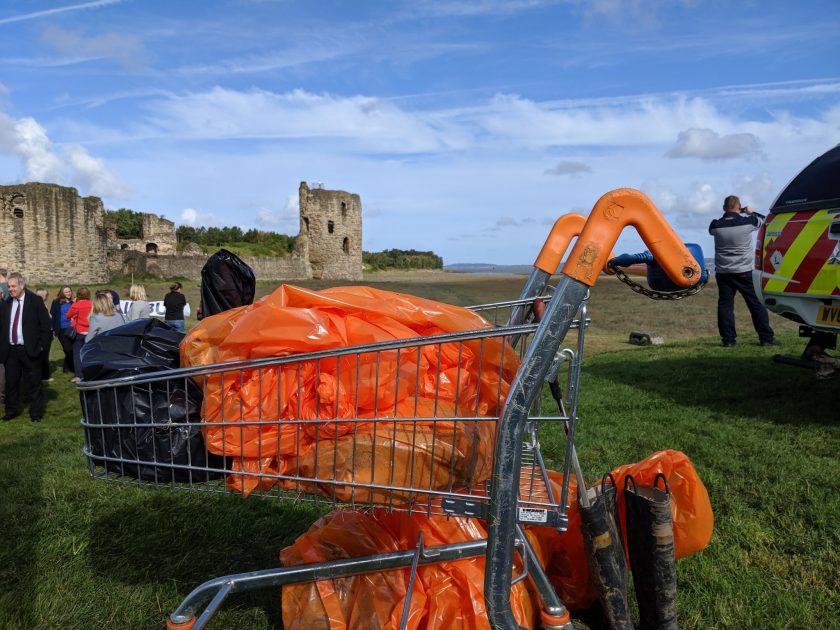 Speaking at the start of the event the chair of Flintshire Council said TV documentaries like the BBC’s Blue Planet had shown the importance of protecting the coastline from plastic waste.
Cllr Marion Bateman also paid tribute to all the volunteers and organisations taking part.

She said: “I’m truly amazed at the commitment of the local community, businesses and public sector bodies that come together annually to conserve the River Dee and its surrounding area.
“It’s a river which is not just of local but international importance in terms of its wildlife.

“Recently plastic and the problem of marine plastic has hit the headlines following the moving images shown on programmes such as Blue Planet.

“The forward-thinking countryside ranger team recognised how important it was to do something about this issue many years ago when the Big Dee Day was first launched.

“It has now collected in the region of 5,000 bags of litter and involved hundreds of groups and it is all down to the work of the people here this morning.”

It is estimated that more than 12 million tons of plastic, from bottles and bags to microbeads end up in the ocean every year.

Council officials said the River Dee, its estuary, river banks and marshes also have the potential to capture a significant amount of waste.

The launch event marked the start of a week of clean-up events which has already seen staff from Natural Resources Wales collect 15 bags of litter from the Holway in Holywell.