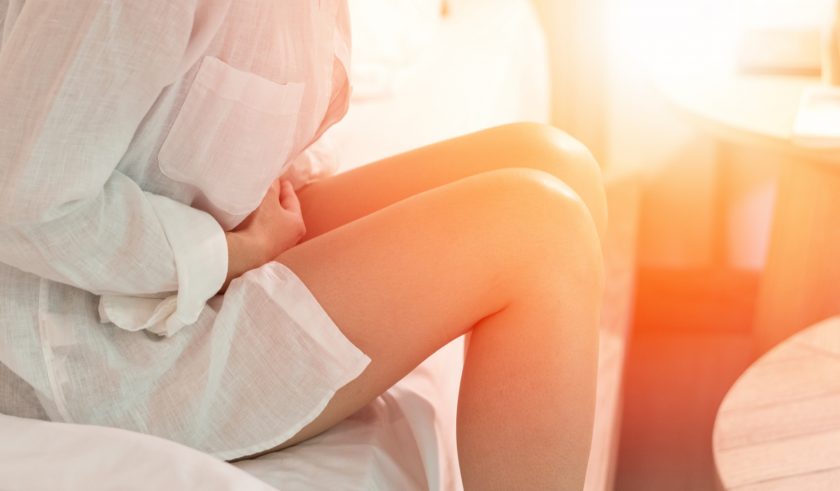 A Deeside mum has shared her experience of living with a debilitating, life-changing condition which affects one in 10 women in the UK and there is currently no cure.

Endometriosis is an inflammatory condition where tissue similar to the lining of the womb starts to grow in other places, such as the ovaries and fallopian tubes.

Every month these cells react like the womb lining, building up and then breaking away.

This inflames the surrounding tissues and can cause chronic pain, heavy periods and infertility.

The average wait in the UK for diagnosis is around eight years, and that has not improved in more than a decade.

Last week members of the Welsh Parliament backed a motion calling for action on Endometriosis which has left so many women suffering in silence.

The motion called on the Welsh Government to ensure that more Endometriosis specialists are trained so that all women can have access to specialist treatment in Wales.

It also called on the Welsh Government to ensure that schools make all pupils aware of what is a normal menstrual period and when to seek medical advice.

During the debate Suzy Davies MS (Con, South Wales West) shared her own experience of suffering from Endometriosis, she said: “In the morning I had to visit a newsagent to do a media piece, taking two young work experience people with me.”

Not for the first time I was having a bad period, my age I thought perimenopause I thought I mean into my late, 40s, this is how it’s going to be for a while.

I didn’t really think about why I needed sanitary protection the size of sofa cushions changed several times an hour.

I didn’t ask why the toilet bowl look like a butcher’s bucket when my heart is going like the clappers and I nearly fainted in the lift.

I put it down to not having time to eat and running around with these teenagers, not acute anaemia.

Maybe I should go to the doctor but when and why surely this is something that all women go through at a certain age.

The time did come on that day to do something because when I was standing here in this chamber, talking about women being treated to sex objects, the contents of my womb and god knows what else we’re flooding down my legs and pooling around with my shoes.

The doctor asked me about the history of ovarian cancer in the family, it didn’t really make me feel much better, and several months later, after a completely unrelated minor operation, the surgeon casually mentioned to me that I had stage 4 Endometriosis.

He said, “this is a mess and because of your age is probably not worth operating“ nicely put but confirmation, at least, of the source of my pain.

This condition is nasty and apart from coping with the symptoms my own experience is so common, women will tell you that this disease makes them feel dirty, secretive, anxious about where the nearest loo, toilet closures really are a feminist issue, it crushes their libido and wrecks intimacy.

Women will also tell you that despite describing all the symptoms I just horrified you with GP’s don’t think Endometriosis when they hear them.”

Health minister Vaughan Gething tells the Senedd, “if the same number of men lived with the same discomfort that Endometriosis causes, then I do not believe the health service response would need further improvement today that is plainly required” 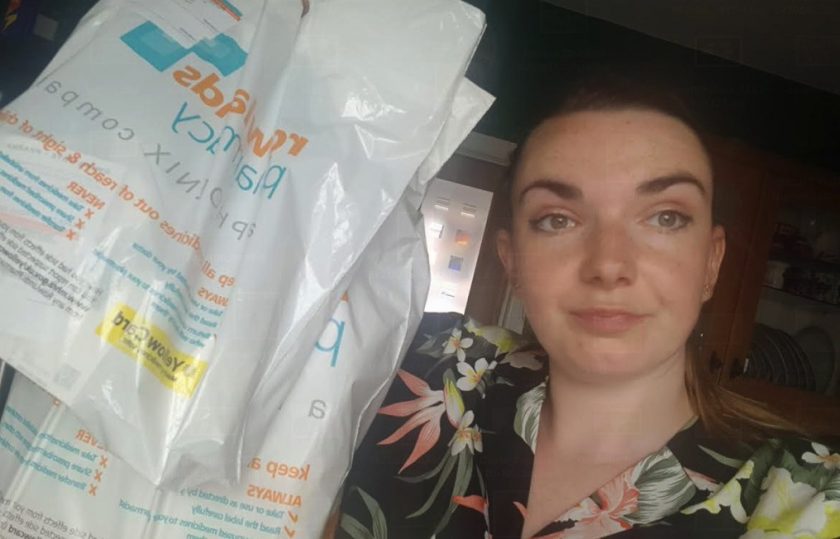 Sian Williams from Mancot shared her personal experience of living with the condition with Deeside.com.

Sian said: “My periods started very early in primary school, I struggled to concentrate due to fatigue and my emotions where high, I used to cry in secret.

I had pain during my periods which were very heavy but I thought this was normal.

A High School and used to skip PE and “forget my shorts”. Skip a few years to college and I worked extra hard to hide what I was going through.

I started to feel very sick and was constantly getting water infections, again I kept it secret, I often suffered depression but never told anyone.

Endometriosis (not knowing at the time) wrecked holidays as I couldn’t go swimming my period was like water!

Having already endured years of acute pain, Sian suffered a burst appendix when she was 18 but worked through it, “I was just so used to pain.” She said.

“Constant water infections (or so I thought at the time) kept getting the better of me.

“Around Christmas, my ‘water infection’ landed me in hospital, I had a scan, I was told the lining of my womb was coming away but ‘shouldn’t be but to worry about’ as sometimes it happens. So I went on with my life no further investigation.”

She said: “As I got older sex became painful, sickness crept in and became an everyday occurrence and pain intensified as did the blood clots in my period and water infections.”

“I had been working full time, the headaches were horrendous and I suffered dizzy spells, memory loss and hot flushes. I went to the GP.” Said said.

“In 2013 I fell pregnant, life has never been the same since. Sickness was literally every half an hour, pain every time I sat down, headaches, fatigue, bladder and bowel trouble.

Were told it’s all in our heads and Endometriosis is dismissed as something less severe.

Said said “labour was a doddle” compared to normal pain she had been experiencing, “this was when I was aware that something wasn’t right.”

“I became extremely ill, I lost lots of weight and began bruising easily.”

Numerous doctors told Sian “It’s normal, some women get ill after having children” and she was advised to try various different types of contraception, “nothing stopped me from being sick or urinating every half an hour of every day.” Sian said.

“I bled heavily for 6 months straight after having my daughter continuously!”

“My stomach was so upset and the pain, I couldn’t even sit down. I became anaemic, most of it was put down to acid reflux.”

“I attended A&E as I was constantly throwing up most of which now contained blood, they sent me home and said I needed an endoscopy.”

Sian saw a new doctor in 2016 who went through all her symptoms, Sian went for an ultrasound scan and nerve testing, her results came back which showed she had a hormone imbalance.

“At this point the GP mentioned Endometriosis,” Said said and referred her to a gynaecologist, “things got worse, I was put on a year-long waiting list just for an appointment.”

“When the gynaecologist saw me, I had to start all the tests again!” She said.

In 2018 Sian had a positive pregnancy test, “a few weeks later I left work to go to A&E again, I was now passing large clots and in a huge amount of pain.

“There I was told I may have had a miscarriage or Polycystic ovary syndrome (PCOS) and that I needed a diagnostic laparoscopy (keyhole surgery).

Sian said she began skipping a lot of work and every period her leg would go numb, she was suffering with “huge amounts of pelvic pain to the point I couldn’t walk.”

Last year Sian said she “did a lot of fighting for a diagnosis” but unfortunately, another Christmas on the floor and in January “walking became excruciating on a daily basis.”

”I struggled on to work until April, I just couldn’t take anymore more pain! Opioids couldn’t fix the pain.” She said.

“I was screaming in my sleep, I ended up back to A&E, I stayed 3 nights in hospital, had another ultrasound which showed a small cyst and that I may have Endometriosis, I had to go back to my GP to be referred to a consultant. Another lengthy wait!” Sian said.

Sian eventually had a pelvic MRI and “finally they saw Endometriosis and adhesions.” She said. 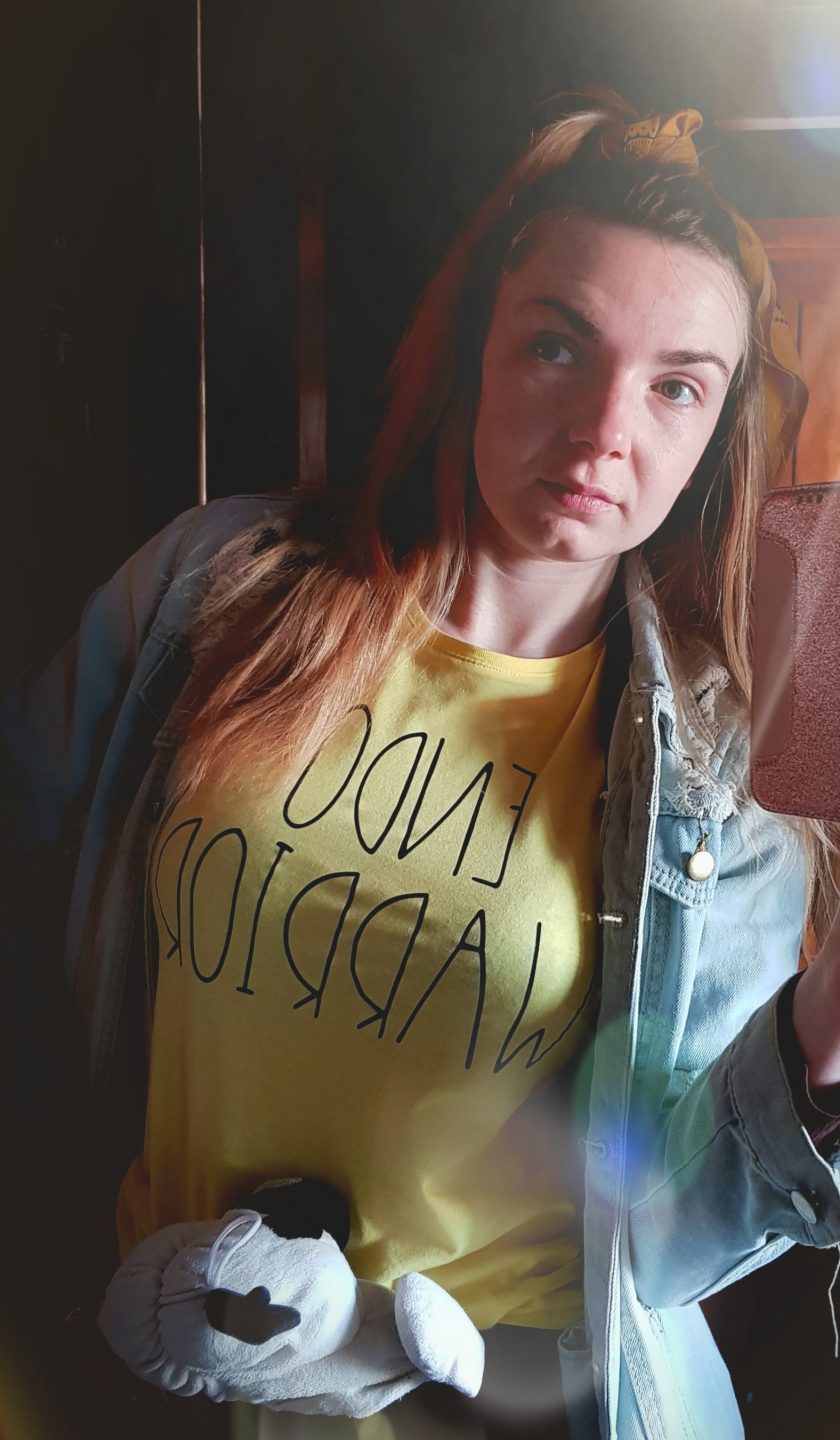 If I knew at an early age what Endometriosis was I would have had an early diagnosis and treatment.” said Sian Williams

Last December Sian had an emergency laparoscopy and removal of adhesions and Endometriosis, or so she thought.

“A week later I went back to hospital, every time I urinated it was like I was being electrocuted, I was crying every time i went.”

“I was put into chemical menopause and have been since, I am awaiting a hysterectomy to ease pain not cure.”

“My life has become restricted,” Sian said, “I have been left unable to walk, go to the toilet, or enjoy my life without pain taking centre place.”

“I pray my letter comes through for my next surgery.”

“If I knew at an early age what Endometriosis was I would have had an early diagnosis and treatment.”

“I may now be looking at permanent nerve damage. This has ruined my life and who I am.” Sian said.

Sian said many women are often told: “it’s all in our heads and Endometriosis is dismissed as something less severe.”

A report published by MP’s today says that Endometriosis care across the UK needs urgent improvement and diagnosis times need to be cut in half.

The majority of people also told MPs their mental health, education and careers had been damaged by the condition.

Conservative MP Sir David Amess, who chaired the inquiry, said: “It is not acceptable that Endometriosis and its potentially debilitating and damaging symptoms are often ignored or not taken seriously – or downplayed as linked to the menstrual cycle and periods.“

Edward Morris, president of the Royal College of Obstetricians and Gynaecologists (RCOG) said: “The long diagnosis times and poor patient experience could be attributed to the significant gap in data when it comes to women and girls.”

“The RCOG would like to see medical research in this area prioritised.”

Fair Treatment for the Women of Wales.