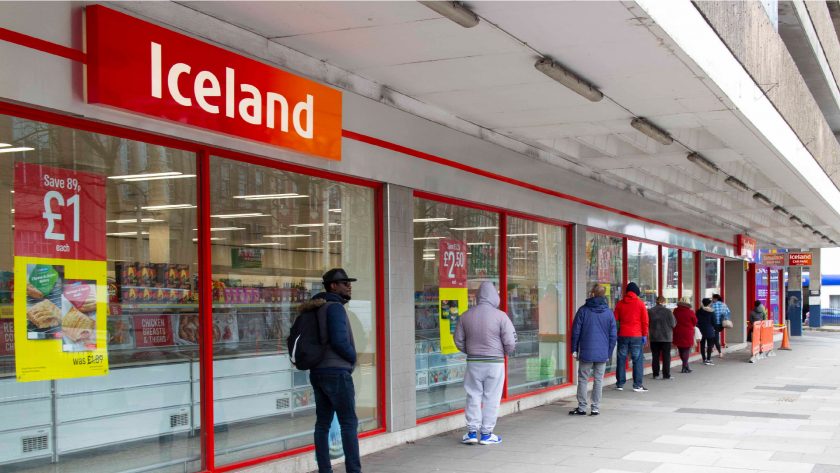 Deeside based supermarket chain Iceland won’t ask store staff to confront the “small minority” who refuse to comply with Covid rules due to a “rising tide” of abuse and violence directed towards them.

A number of supermarket chains across the UK have said they will now ban customers who refuse to wear a face covering unless they are medically exempt.

The move has come amid growing calls supermarkets and stores that have remained open to tighten measures to help protect staff and shoppers.

Morrisons announced on Monday it was further strengthening its policy on masks.

Morrisons Chief executive David Potts said customers who are offered a face covering and decline to wear one “won’t be allowed to shop at Morrisons unless they are medically exempt.”

Tesco, Waitrose, Asda, Sainsbury’s and Aldi have all since followed suit.

Aldi said: “All customers will be required to wear a mask unless they are medically exempt.”

“For a limited period, customers that forget to bring a mask will be provided with one, free of charge.”

“Anyone without a medical exemption that refuses to wear a mask is not permitted to enter its stores.”

“Aldi will also be reminding customers that they should shop alone if they can, to reduce the number of people in store.”

Iceland will continue to “remind all customers that they are legally obliged to wear face coverings when shopping with us, unless they are medically exempt under the current Government guidelines.”

But bosses have said they do not expect store staff to put their own safety at risk by confronting aggressive non-compliers of Covid rules.

Iceland has recorded 650 instances of verbal abuse and 30 physical assaults on its store workers as a result of customer “resistance to obeying social distancing, mask-wearing and other Covid rules since the start of the pandemic last March.”

A spokesperson told Deeside.com: “Security guards have always been deployed at the doors of our larger stores to monitor the number of customers entering the store and to remind them of our shopping rules.”

“We will place staff at the doors of all stores to manage entry when customer numbers are approaching the maximum on the premises allowed under the Covid rules.”

“The vast majority of our customers continue to shop responsibly and in compliance with the law.”

“In view of the rising tide of abuse and violence directed at our store colleagues, we do not expect them to confront the small minority of customers who aggressively refuse to comply with the law.” The spokesperson said.

Iceland employs security guards in 330 of its 1,000 UK stores they were all re-briefed last week and again on Monday that “their primary duty is to manage the number of customers in their stores and politely remind those customers of the Covid rules.” The company said.