M56 – All lanes back open following earlier collision near the A494 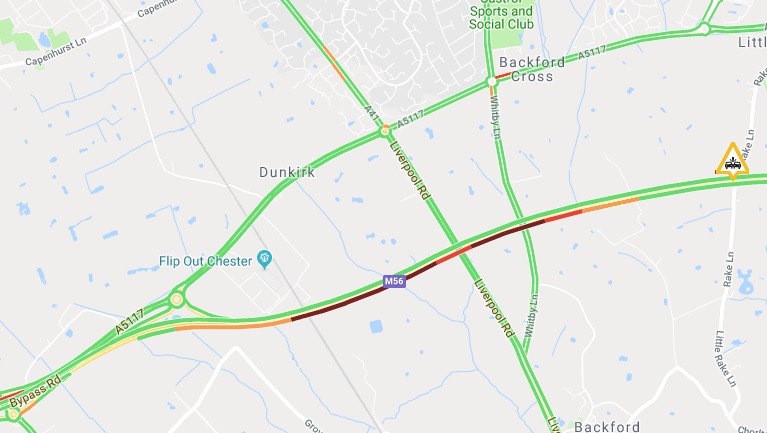 09:10am – All lanes are clear and recovery completed on the #M56 westbound J15 and #A494 near #EllesmerePort following a collision.

Police and Highway Agency crews are at scene and are in the process of moving the vehicles involved to the hard shoulder.

There are some delays and traffic is stretching back to the M53 junction.

“Patrols have just arriving in the area of J15 M56wb Cheshire following reports of a collision. Very heavy rain in the area. Please be careful driving today and be aware of the risk of standing water.”

“Stationary traffic due to debris on road, accident, two vehicles involved and all traffic being temporarily held on M56 Westbound between J15 M53 and A5117 / A494. Traffic is being held while police deal with an accident”