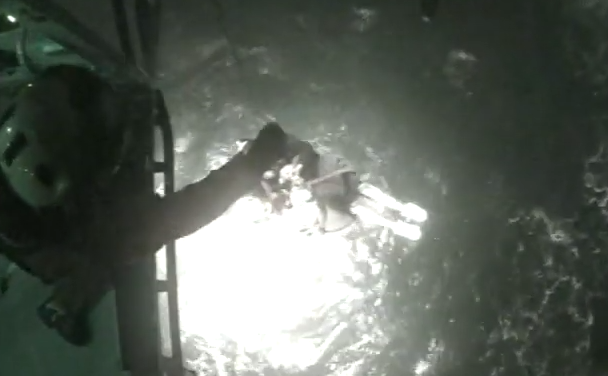 A Caernarfon based Coastguard helicopter was called out late on Sunday night to evacaute an injured fisherman from a fishing vessel of the coast of North Wales.

Just before midnight last night, a Belgian fisherman with a serious hand injury was taken to hospital by the Caernarfon Coastguard helicopter.

Just after 10pm HM Coastguard received a call from the Belgian fishing vessel, 28nm north of Holyhead, reporting that the fisherman had sustained a serious injury to his hand whilst hauling.

HM Coastguard put them through to a doctor who recommended an airlift as soon as possible.

Flying through near gale force conditions with winds of up to 40 knots, the Caernarfon Coastguard helicopter arrived on scene just before 11pm and winched the fisherman onboard, flying him directly to Bangor Hospital.

The helicopter crew praised the quick-thinking actions of the fishing vessel crew who had provided first aid treatment to their crewman’s hand before they had arrived on scene, which was back up by paramedic care in the helicopter on the way to hospital.