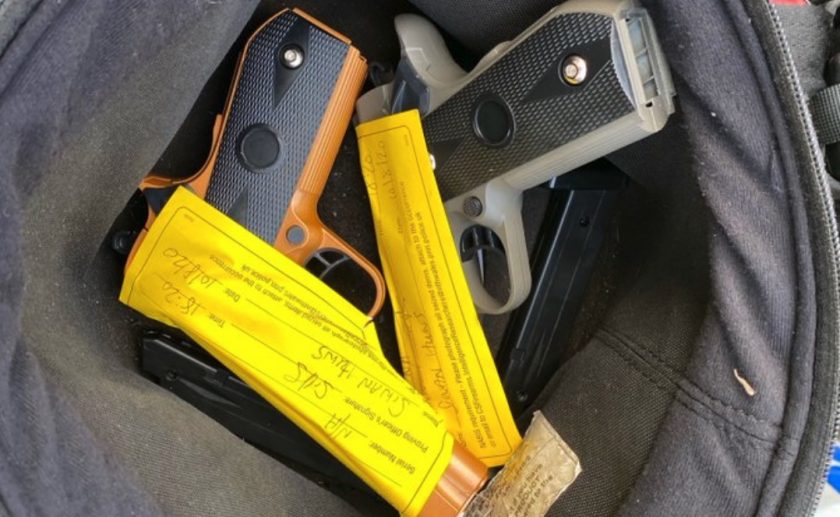 Officers from the Cheshire and North Wales Alliance Armed Policing Unit were deployed yesterday following reports of a man in a vehicle with a gun.

Police were called after the man with the ‘firearm’ was spotted in a vehicle in Rhyl.

Armed units found the vehicle at Chester services just off the M56 and three occupants were detained.

BB guns are a type of airgun which fire small round or pointed pellets.

Officers gave ‘suitable advice and education’ to the three people in the car.

Call in good faith reporting male with a gun in a vehicle in #Rhyl. Vehicle eventually located in #Hapsford services with ARVs detaining 3 males. Weapons found to be BB guns therefore suitable advice/education given. Thanks to the public for their patience #safernorthwales pic.twitter.com/bnfR05AK3x

North Wales Police said “people carrying BB guns in public can cause alarm to people who think they are real guns.”

The force has called on parents “not buy imitation firearms as gifts.

The use of these realistic looking weapons in public could result in youngsters being faced with armed officers.”