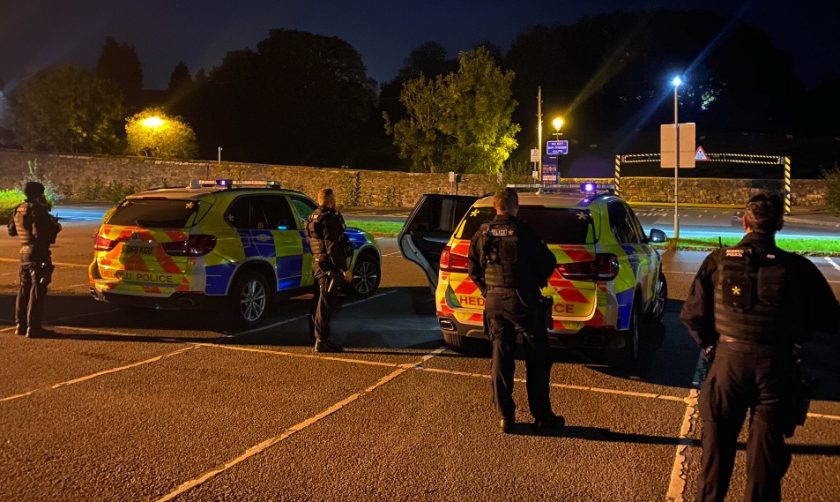 Armed police were called to Mold in the early hours of this morning following reports of a man in possession of a meat cleaver.

The Hawarden based police helicopter was also scrambled to the area, it was seen over the town just before 1am. 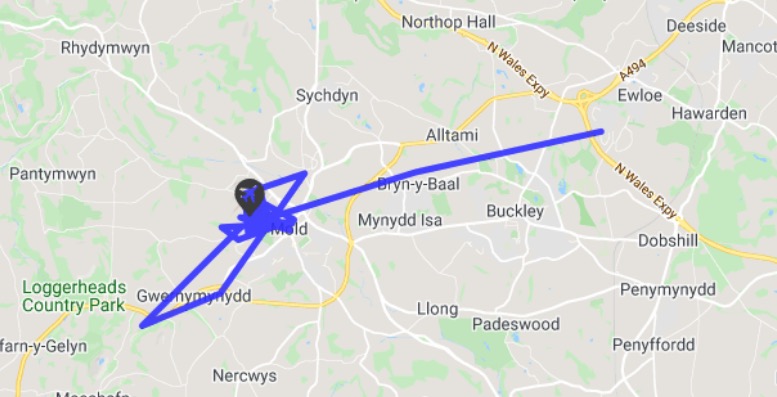 Flight path of NPAS Hawarden – the police helicopter was over Mold supporting officers on the ground.

In a post on social media the Alliance Armed Policing Unit, made up of North Wales Police and Cheshire Police said armed response vehicles (ARV) were “deployed to the South Flintshire area due to reports of a male in possession of a meat cleaver.”

They thanked the police helicopter crew “for the assistance.”

The team haven’t said if the man was apprehended but included two hashtags in the tweet – #teamwork #safernorthwales  which would suggest the incident was dealt with safely.

On Saturday afternoon Police recovered a large weapon and arrested a man in Mold.

They added they had arrested a male in possession of the below machete in Mold, “Carrying weapons in public in unacceptable & the suspect has serious questions to answer in Custody”.