Air Quality on the agenda for Flintshire Council Cabinet today 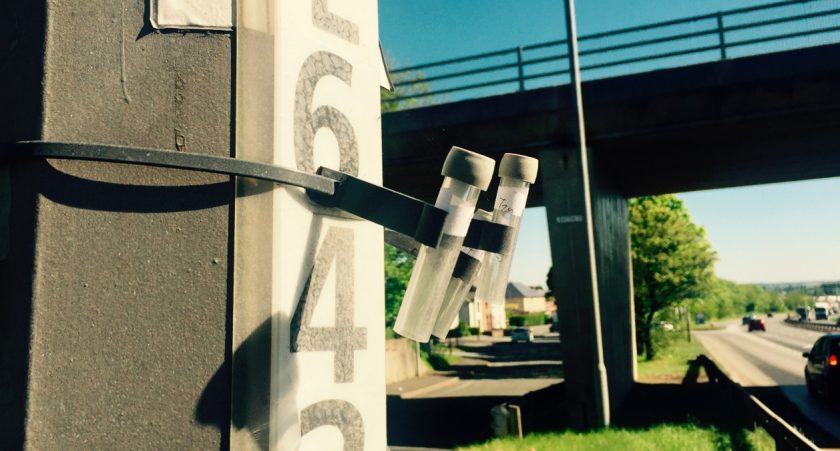 Although air pollution has improved, it still poses an urgent health problem, air pollution contributes to around 2,000 deaths per year in Wales and has been described by Public Health Wales as an urgent public health crisis, second only to smoking.

The main risk occurs through the exacerbation of existing cardiovascular diseases, as well as being a cause of asthma and lung cancer.

The long term impacts of air pollution are not well understood. Children are particularly vulnerable, meaning the effects of today’s air pollution may be seen well into the future

Some areas in Wales have breached EU regulations for several years, culminating in the Welsh Government being taken to court for its lack of action

Flintshire County Council Cabinet Members will study a report today which provides a detailed assessment of the region’s air quality.

‘Overall, air quality is considered to be good within the region, however as Nitrogen Dioxide and Particulate Matter currently have no safe threshold it is desirable to keep levels of pollution as low as reasonably practicable.’ A report published ahead of todays cabinet states

In Flintshire the main source of air pollution is road traffic emissions which come from vehicles using the A494 and A55 trunk roads linking England to the rest of North Wales.

A screenshot of Defra’s UK Ambient Air Quality Interactive Map shows the high levels of nitrogen dioxide, illustrated by the red and pink line as measured along the A494. 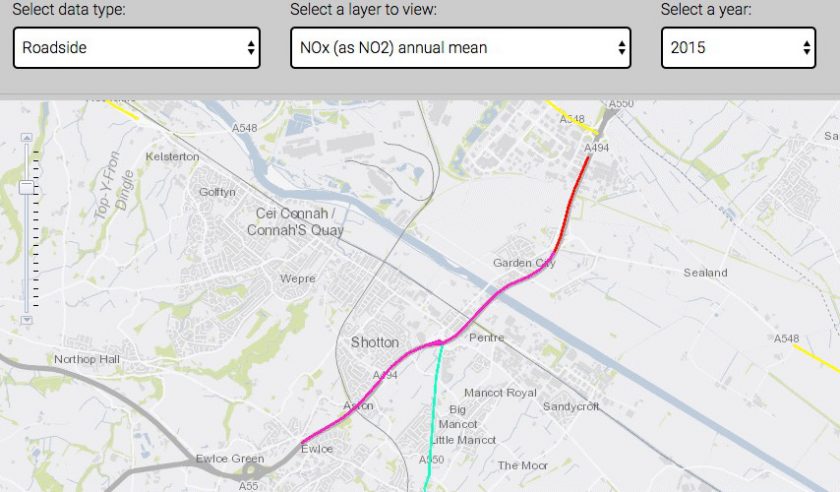 All Councils have a legal obligation to monitor and assess the air quality of their County, as directed by Part IV of the Environment Act 1995.

EU legalisation establishes health based standards for a number of pollutants present in the air, it states that nitrogen dioxide (NO2) levels should not exceeded 40µg/m3 (micrograms per cubic meter air) over a 12 month period.

Data published by a Welsh Government shows in 2016, measured for just four month – nitrogen dioxide concentration levels along the A494 at Aston Hill reached 51.6 µg/m3.

The Welsh Government has said it is to reduce the speed limit on some parts of the A494 currently at National Speed Limit to 50mph in a bid to tackle the high nitrogen dioxide levels.

The speed reduction measures aims to deliver improvements to air quality at key locations with 50mph speed limits expected to reduce emissions by up to 18%.

“Air quality management is a public health priority. We must work together to improve the air people breathe. Our Public Services Board is committed to maintaining air quality and this should be an opportunity to raise the profile of this area of work and seek to further improve our air quality.

The Council and its partners should strive towards lowering the levels of pollution, as this will improve health outcomes for the residents of Flintshire.”