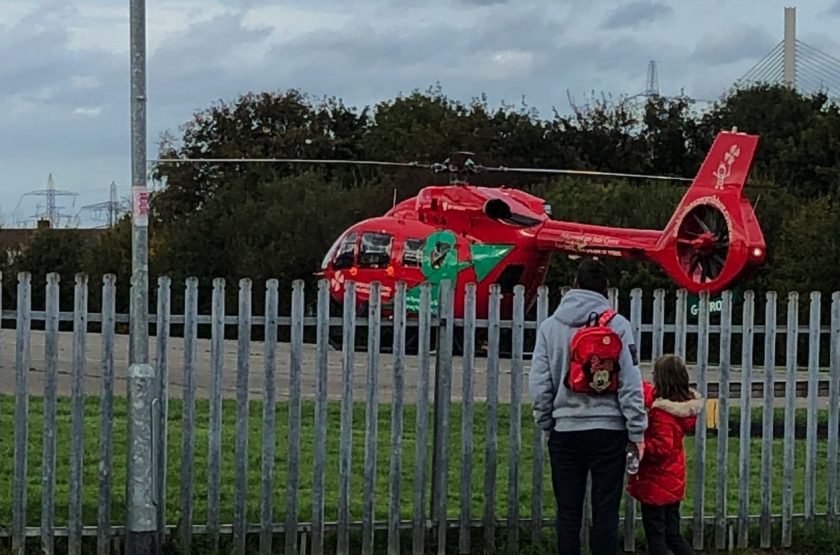 An air ambulance was called to a medical emergency in Connah’s Quay this afternoon.

The distinctive red helicopter was spotted landing near the Navy Club just before 4pm.

“We were called today (22 October, 2019) at approximately 14:30 to reports of a medical emergency on Nant Road, Connahs Quay, Deeside.

We responded with one ambulance, one rapid response vehicle and the crew were supported by Wales Air Ambulance.”

The air ambulance took off at around 4.45pm heading in the direction of Glan Clwyd Hospital in Bodelwyddan.

Wales Air Ambulance is an all Wales charity providing emergency air cover for those who face life-threatening life illness or injuries.

The charity needs to raise £6.5 million every year to operate the service.

The charity raises all the funds required for the day-to-day running of missions, with each Ambulance on average costing £1500.

You can make a lifesaving donation here: walesairambulance.com/donate