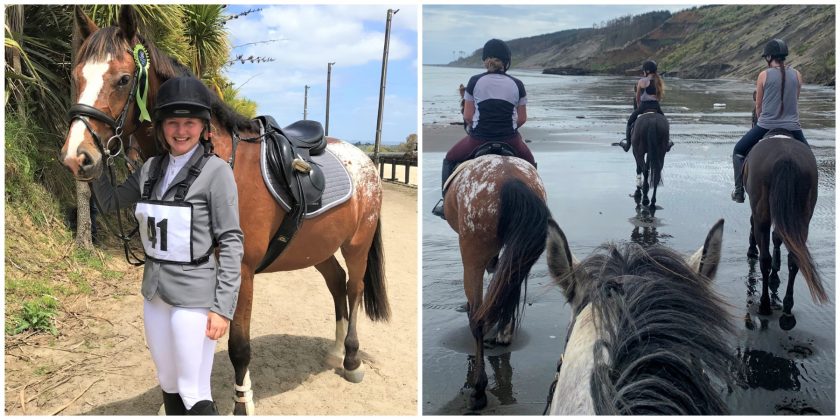 Maddie Stevens has been on the adventure of a lifetime since graduating from Coleg Cambria.

A former Equine student at the college’s Northop site, the 21 year-old travelled to New Zealand in 2019 for a six-month placement at a show jumping yard.

Two years later and Maddie has done everything from driving dump trucks at a steel mill to managing a pub.

However, her heart will always be in working with horses and while in Australasia she has helped train the animals and worked in tack stores, revealing her time at Cambria gave her the confidence to go on and have a career in the sector.

For now, she is taking life as it comes and making her mark Down Under.

“I did the grooming job for a few months and then went to work in a tack store, both of which I loved,” said Maddie.

“During that time, I actually bought a horse – a Gisborne bred Appaloosa I called Apples – a quirky cross-breed who was wild on the local beaches in that region until he was four years old.

“This was a huge project for me but he’s the best horse I’ve ever had the pleasure of working with – training them from that level is definitely something I would like to do more of in the future.”

After leaving the tack store, Maddie – a former pupil at West Kirby Grammar School – became manager of a pub while competing in shows with Apples.

Later moving to the village of Patumahoe in Auckland, she says the country’s love of horses is evident wherever you look. 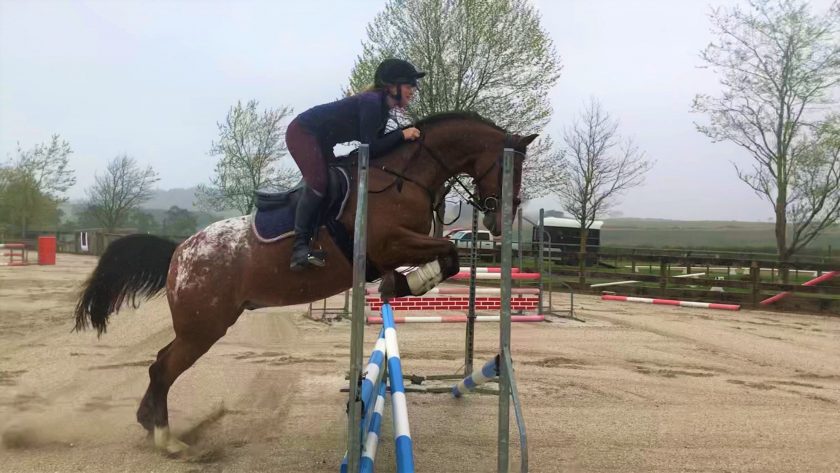 “Pretty much everyone living in semi-rural areas of New Zealand has some connection to horses,” said Maddie.

“Racing is a huge industry over here, with both thoroughbreds and standardbreds flown over to Australia to compete.

“I’ve worked with multi-million-dollar thoroughbreds and have friends who race them for a living. It’s an incredible place to learn and experience what this world has to offer.”

She added: “It’s been a wild adventure and I would encourage anyone to travel when it is safe to do so after the pandemic. I was only supposed to be here for six months and it’s now been more than two years.

“I left Wales as an 18 year-old who hadn’t been away from my parents for more than a week at a time, and now I’m an independent 21 year-old with global friends and lots of stories to tell – it’s been some journey and there is so much more to come.”

Natalie Cliffe, Curriculum Lead for Technical Studies and an Equine Lecturer at Northop, congratulated Maddie on her success.

“Maddie was always a hardworking and fun student who fully immersed herself in college life,” said Natalie.

“The Equine qualification here at Cambria provides people of all ages with the knowledge and skills to be able to enter a range of career routes but most importantly it builds confidence and resilience, enabling them to go on to either higher education or into the world of work.

“Maddie is an example of that; she identified an opportunity and was brave enough to follow her dream – I am so proud of her.”

For more on the range of Equine courses at Coleg Cambria Northop, visit: www.cambria.ac.uk