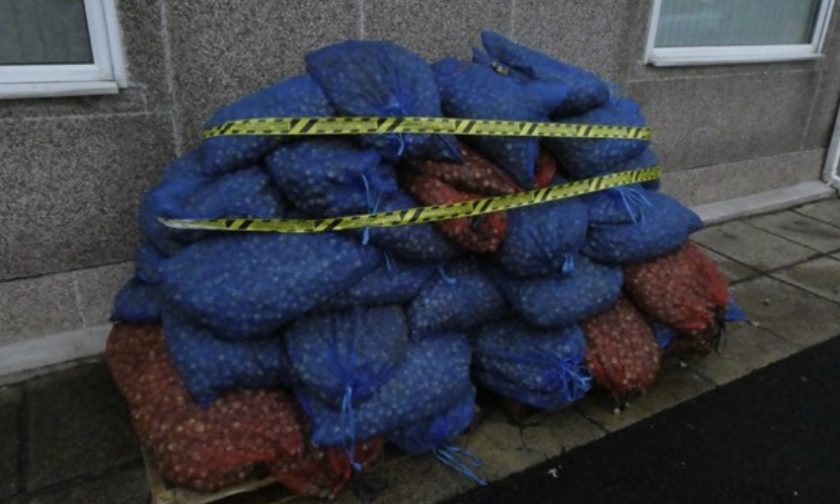 Three men who were caught cockle poaching on the Dee Estuary and potentially making large amounts of money through illegal activity have been sentenced for their crimes.

In December 2020, following detailed observations, two suspects were identified unloading cockles from a boat onto a slipway. A third suspect who was involved in the illegal retention and removal of these cockles was also identified.

These suspects were identified as David Lee Rigby, Leon Brick and Bryn Davies. This operation resulted in two seizures of cockles weighing three tons with a market value of between £9,000-£10,500.

Following a two-day trial at Wrexham Magistrates Court in April 2022, David Lee Rigby, was convicted in his absence and was referred to the Crown Court for sentence and consideration of Proceeds of Crime Act 2002 (POCA).

In addition a Proceeds of Crime Act Order was agreed and Mr Rigby has to pay a sum of £3750 within three months.

If this is not paid there is a three month default custodial sentence.

“The consequences of illegal poaching of cockles on the Dee Estuary can have a detrimental effect on the ecology of the estuary and its sustainability for the future.

“These three individuals and their illegal activity works against the benefits that would otherwise arise from the Dee Estuary Cockle Fishery Order 2008 and its current licence system.

“Our intelligence suggested that illicit activity was taking place during the night on the Dee Estuary, and this was proved right following the hard work of NRW Enforcement Officers and North Wales Police.”

“It is important that we bring cases like this which impact on our natural environment as well as the livelihood of legitimate licence holders.”

The Dee Estuary Cockle Fishery is an NRW managed Fishery which provides an income for 54 Licence holders and a valuable food source for birds and other marine life.