Update: A55 eastbound exit slip road at junction 32 in Flintshire is back open 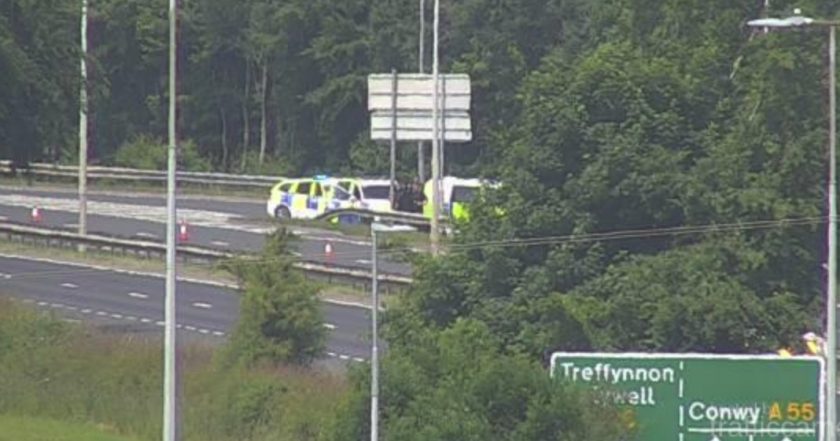 It is understood officers had concerns for the safety of an individual near the eastbound exit slip road at junction 32 for Holywell.

Update 12:55pm – North Wales Police has issued a statement it said: “Lane closure on the A55 – near J32 – Eastbound – Due to an ongoing incident lane 1 is closed at this location and there is a rolling block on lane 2. Thank you for your co-operation and patience.”

There are currently delays of around 16 minutes with over two miles of queuing traffic. 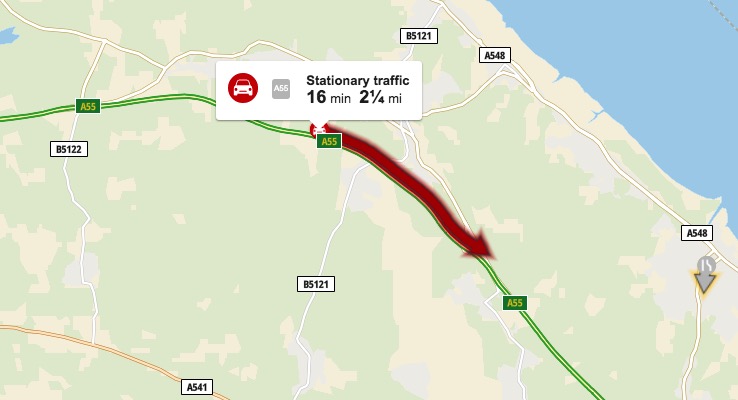 Update 12:45pm – One lane has reopened however the exit ramp at junction 32 remains closed.

A traffic report for the area states: “Exit ramp closed, one lane closed and queueing traffic due to police incident on A55 North Wales Expressway Eastbound at J32 A5026 (Holywell). Cameras show lane one (of two) on the main A55 is also closed, traffic was held briefly.”

Earlier report: A section of A55 in Flintshire is blocked due to a ‘police incident.’

Traffic Wales has said the eastbound section of the road is blocked from J31 Caerwys to J32 Holywell.

“due to police incident, delays expected.”

Block in place due to police incident.

A traffic report for the area states: “All lanes stopped and queueing traffic due to police incident on A55 North Wales Expressway Eastbound between J31 A5151 (Caerwys) and J32 A5026 (Holywell).”

This is a developing news story. Please check back or follow @Deesidedotcom on Twitter as details become available.