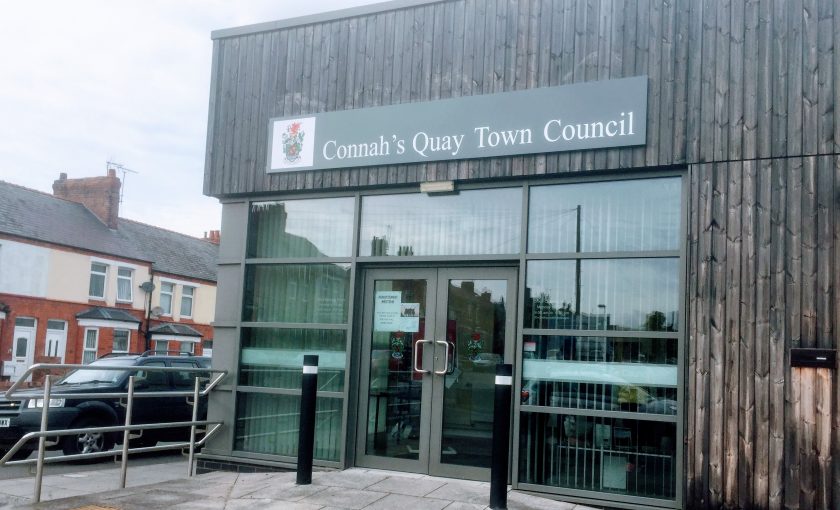 Nomination papers need to be delivered to the Returning Officer at County Hall in Mold by 4pm on Friday for those wishing to stand in the upcoming election for a vacant seat on Connah’s Quay Town Council. ‌﻿​﻿‌﻿‌﻿‌﻿​﻿‌﻿‌﻿‍﻿‌﻿​﻿‌﻿‌﻿‌﻿​﻿‌﻿​﻿‍﻿‌﻿​﻿‌﻿‌﻿‌﻿​﻿‌﻿​

Extract form the election notice, a full copy can be found here: Notice-of-Election-Connahs-Quay-TC 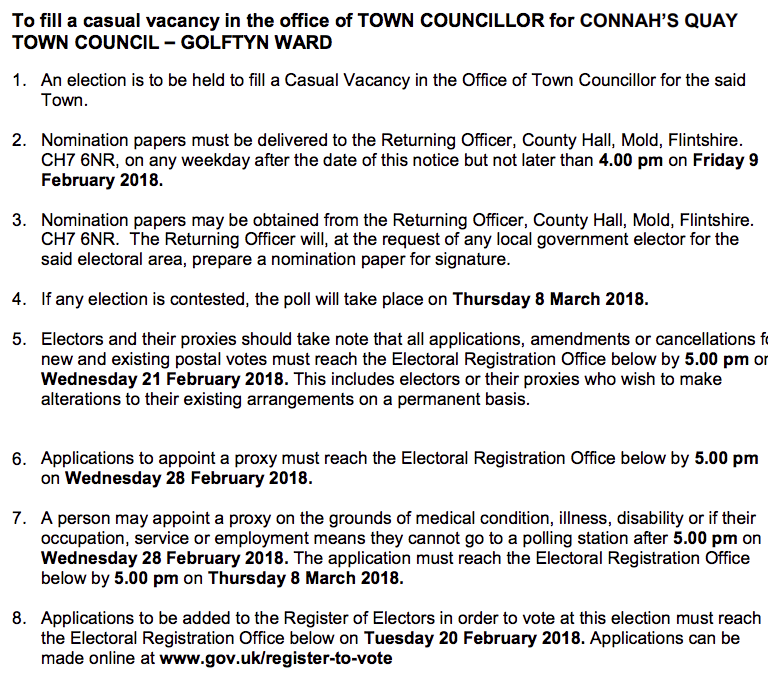