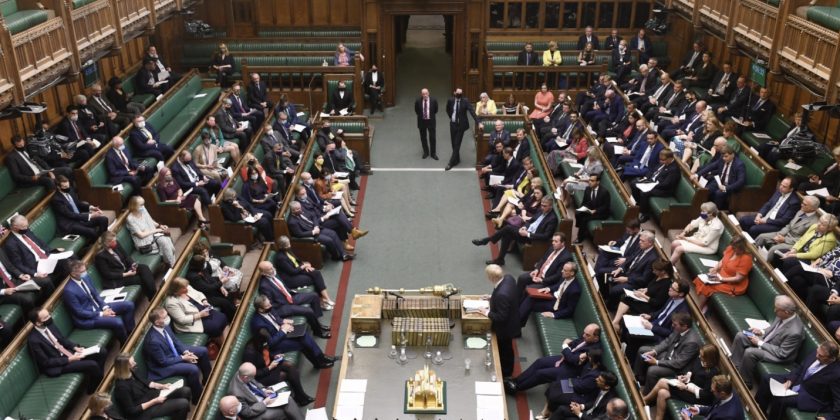 Labour will force a vote today in the House of Commons urging the Government to stop its planned cut to Universal Credit and Working Tax Credits.

The UK government has confirmed it will cut a £20 a week Universal Credit uplift – given to help struggling families during the pandemic – next month.

As it stands, the UK Government is set to slash benefits by £20 a week from 6 October.

The exact date people will see the cut kick in will depend on the day they get their Universal Credit payment.

The UK Government said the move to stop the £20 Universal Credit uplift has been made as there needs to be a shift to getting people back to work however, the cut will impact many working families.

UK government work and pension secretary, Therese Coffey has defended the cut and said people would have to work longer to make up the £20 a week loss in Universal Credit.

New analysis from Labour reveals that the number of working people claiming Universal Credit has hit an all-time high.

The number of people in work and claiming Universal Credit has been rising throughout the pandemic with 40% of all claimants in work.

Labour’s motion calls on the Government to cancel its planned cut to Universal Credit.

The cut will create a double whammy for the 2.5 million people hit by a rise in National Insurance as well as a cut in their Universal Credit payments.

Jonathan Reynolds MP, Labour’s Shadow Work and Pensions Secretary, said: “Today, Labour is giving Conservative MPs the chance to do the right thing. They must choose between their blind loyalty to the Prime Minister and looking after their constituents.

“This cut will be a hammer blow to working families and will dampen our economic recovery. Labour is on the side of working people while the Government wants to cut incomes and raise taxes.

“Now is the time for the Government to see sense, back struggling families, and cancel their cut to Universal Credit.”

Universal Credit claimants, members of Unite Community, will stage a protest outside the Senedd from 12pm today to support fellow members demonstrating in Westminster urging Tory MPs to back Labour’s push to cancel the £20 a week cut to Universal Credit, due on the 5 October.

“Someone on Universal Credit bringing in £200 a week would need to earn an extra £67 a week to make up the £20 loss. Then there will be additional childcare and travel costs so making up that stolen cash is impossible.”

“Our members have told us that the £20 isn’t paying for luxuries, but for food, children’s shoes, school uniforms and warm clothes. The chancellor is making a deliberate and cruel decision to punish the countries working poor pushing six million people, over a third of which are already in job, into poverty and debt overnight.”

“Many of them have worked right through the pandemic – in social care, in the NHS and as refuse collectors – and they deserve so much better from this government than this assault on their already poverty-level incomes.”