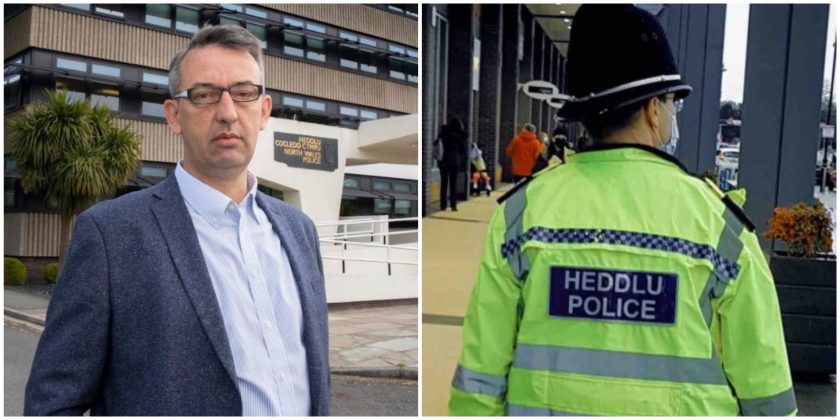 North Wales Police and Crime Commissioner has blasted the “deplorable” decision to freeze officers’ pay after they had gone above and beyond the call of duty during the pandemic.

It was all the more galling, he said, because the police were expected to enforce Covid guidance and legislation that had frequently been broken by members of the UK government.

Mr Dunbobbin spoke out after a ministerial statement from Priti Patel in which she revealed that police officers earning more than £24,000 would be hit by the freeze. Those earning less will be given an annual rise of £250.

Her statement said: “As set out at the Spending Review (2020), there will be a pause to headline pay rises for the majority of public sector workforces in 2021-22.

“This is in order to ensure fairness between public and private sector wage growth, as the private sector was significantly impacted by the Covid-19 pandemic in the form of reduced hours, supressed earnings growth and increased redundancies, whilst the public sector was largely shielded from these effects.”

Mr Dunbobbin said: “I am most concerned about the impact this unfair pay freeze will have within the police family and in particular in how it affects our fantastic officers here in North Wales.

“Policing is a challenging and rewarding role –  and quite rightly our officers are highly regarded and trusted by the public.

“Being a police officer can be a dangerous job at the best of times but they have faced increased risks during the pandemic, including being spat and coughed on by offenders threatening to infect them with Covid.

“Nevertheless, they have risen magnificently to the challenge and we have seen the absolute best of our officers and staff.

“They are a credit to public services, as are our fabulous NHS, firefighters, ambulance staff and local government employees– there are so many to thank.

“What adds to the disappointment is that those who have made the decision to freeze officers’ are those who have had to rely upon the police to enforce guidance and laws that ironically they have failed to follow.

“It is utterly deplorable and smacks of rank hypocrisy – one law for them and another for everybody else.”